In July 2022, the Appeals Court issued a decision affirming the Barnstable Superior Court’s judgment in favor of condominium 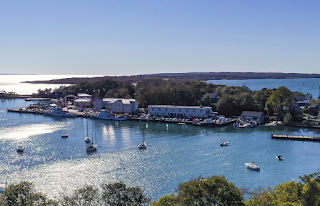 developer-declarant, Woods Hole Partners, LLC (“Developer”), in the matter of Epstein v. Zoning Board of Appeals of Falmouth, Appeals Court No. 21-P-708, 2022 WL 2720163 (2022). The decision effectively greenlights the project – a 43-unit residential condominium located in Woods Hole – to proceed.

In 2019, the Developer obtained a special permit under the Falmouth Zoning Code (“Zoning Code”), authorizing it to develop a 5.4-acre parcel of land in Falmouth’s Business Redevelopment Zoning District for multifamily use up to eight units per acre. The project will satisfy all the Zoning Code’s dimensional requirements. Specifically, the special permit authorized the Developer to construct a 43-unit residential condominium, 39 units of which will be age restricted and 4 family units to be added to the Town’s subsidized housing inventory. The project will replace a defunct 54-room hotel and an abandoned 170-seat restaurant and ensure the restoration and preservation of a Buckminster Fuller geodesic dome located on the property. The project, thus, has numerous benefits to the Town and will enliven the main thoroughfare heading into Woods Hole Village.

The special permit was appealed by two neighboring property owners pursuant to G.L. c. 40A, § 17 to Barnstable Superior Court. The neighbors, who own property on the rear of the project and whose property is 85 feet from the closest proposed building, claimed that they will be harmed by the project. Specifically, before the trial court, the neighbors (who reside on their property only two weeks per year) argued that they would be harmed by construction activities, density, failure of the proposed septic system, traffic, shadow, and impact on views. On cross-motions for summary judgment below, the Barnstable Superior Court (Perrino, J.) held that the Developer had rebutted the neighbors’ presumptive standing and that the neighbors had failed to come forth with credible evidence to substantiate their alleged harms. The neighbors appealed the trial court’s decision to the Appeals Court, arguing that the Barnstable Superior Court erred in holding that the neighbors would not be harmed by the project’s density and impact on views.

Following briefing and oral argument, the Appeals Court affirmed the trial court’s decision. In its decision, the Court first set forth the standard for a neighbor to have standing to challenge a municipal permitting decision. The Appeals Court noted that, once presumptive standing is rebutted, a neighbor must produce evidence that is “both quantitatively and qualitatively sufficient.” Quantitative evidence is that which provides factual support for the claimed harms of particularized injury, and qualitative evidence is that which a reasonable person could rely on to demonstrate that the claimed injury will likely flow from a board’s decision. The Appeals Court then considered the neighbors’ claimed aggrievement – density-related harms and impact on views – in turn.

As to density, the Court noted that the neighbors solely relied on their own opinion and did not support their claimed aggrievement with credible evidence. The Court quickly dispensed of the neighbors’ speculative opinions, indicating that there was no evidence in the record that the project would shut off a view, affect their privacy, or reduce light or air to the neighbors’ property.

As to impact on views and neighborhood visual character, the Court noted that such claimed harm is protected by the Zoning Code and, thus, may impart standing. Specifically, the special permit criteria in the Zoning Code requires the Zoning Board of Appeals to take into consideration a project’s “[i]mpact on neighborhood visual character, including views and vistas.” (Note that, not every municipal bylaw protects an impact on view and, thus, such claimed harm cannot always be relied upon to confer standing to those appealing a municipal permitting decision pursuant to G.L. c. 40A, § 17). After considering the evidence in the summary judgment record, the Court determined that the neighbors had failed to demonstrate particularized harm to their property or a detrimental impact on the visual character of the neighborhood as a whole. The Court noted that, again, the neighbors offered nothing more than speculative opinion and generalized statements concerning the visual impact of the project. While the Court acknowledged that expert testimony is unnecessary to demonstrate an impact on views, a party seeking to appeal a municipal permitting decision must still put forth credible evidence. As they had failed to do so, the neighbors lacked standing to appeal the Falmouth Zoning Board’s decision.

As identified herein, the project, known as Lighthouse Station, will greatly improve the property, add units to the Town’s subsidized housing inventory, and ensure the preservation of the historic Buckminster Fuller geodesic dome. The Appeals Court’s decision resolves the pending appeal and enables the Developer to proceed with its project.

Cochair of the REBA Strategic Communications Committee, Kim Bielan is a principal of the Boston and Quincy-based firm of Moriarty, Troyer & Malloy LLC.  Her practice focuses primarily on real estate litigation, with an emphasis on zoning and land use matters. She also represents clients on a variety of real estate permitting matters and frequently appears before municipal boards to permit projects and to represent the interests of abutters and neighborhood groups. Kim’s email address is kbielan@lawmtm.com.