Many Massachusetts employers are aware that the Commonwealth’s Wage Act, G.L. c. 149 sec. 148, is uncompromising regarding an 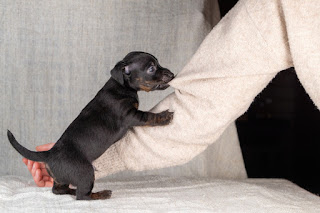 employer’s obligation to pay wages in a timely fashion and imposes harsh penalties (including mandatory treble damages) for non-compliance. Also, most Massachusetts employers understand and try to comply with the Wage Act’s requirement that terminated employees be paid their final wages (including accrued vacation pay) on the date of termination.

In a statutory scheme that is otherwise entirely inflexible and harsh, one bit of “wiggle room” has been an influential line of superior court cases (the leading case being Dobin v. CIOview Corp. from 2003), which held that so long as final wages were paid before the employee files a lawsuit, the employee’s damages under the Wage Act would be limited to the lost interest on the money (trebled) from the date of termination to the date of the payment.  These rulings provided some comfort that when an employer was not in a position to provide final pay on the day of termination, the failure to do so would not devolve into a hefty legal claim.

All this changed on April 4th, when the SJC, in the case of Reuter v. City of Methuen, 2022 WL 996270, at *4, overruled this line of cases, and held that nearly any failure to provide final wages and vacation pay on the date of termination entitles the employee to three times the wages and vacation pay, as well as reasonable attorneys’ fees incurred in pursuing a claim. In essence, the SJC held that the rule articulated in these cases may be laudable or sensible, but is not supported by the statutory language or history. As the SJC itself recognized, its ruling has major implications for how and when employers terminate employees.

The basic rules of the Wage Act are well-known:

With respect to final pay upon termination, however, the Wage Act treats employees who resign or quit differently than those who are terminated. With respect to the former, an “employee leaving his employment,” must “be paid in full on the following regular pay day.” With respect to the latter, an “employee discharged from such employment,” must “be paid in full on the day of his discharge.” In Reuter, the SJC described this distinction as likely emanating from the Legislature’s determination that, while employers may not have advance notice of an employee’s resignation, they control the timing of when they terminate an employee. By and large, this distinction may be valid, and the employer that has decided to terminate an employee has time to organize final payment for the employee’s last day.

However, there are numerous circumstances where an employer may have difficulty arranging final payment for the date of termination.  These range from: administrative or technical difficulties with payroll; a sudden termination due to misconduct; or the employee not being in the workplace to receive final payment (think, “remote workers”). In these and similar circumstances, employers often find themselves playing “catch-up,” and having to make final payment shortly after the employee’s last day.

Under the Dobin line of cases, employers had some comfort that a small “miss” would not result in a big “hit” under the Wage Act. Now, with the Reuter decision, all that has changed:  a miss by a day, a month, or a year all entitle the employee to treble damages for the entire amount that should have been, but was not, paid on the employee’s last day.

The question then is, what is an employer to do if it needs to “part ways” with an employee but cannot arrange final payment right away? The SJC addressed this scenario directly in Reuter, and suggested that the only viable solution is to suspend the employee pending termination and final payment. Further, while the SJC did not directly address whether this type of suspension –i.e., one simply to arrange for final wages – must be paid or unpaid, it would be prudent to provide the suspension with pay in order to avoid any appearance that the employee’s employment ended on the date of suspension.

Some special mention needs to be made about the complicating aspect of remote work, especially in light of the dramatic increase in this mode of working. For a variety of reasons, it is very difficult for an employer to correctly time and sequence termination and final payment for the same day for a remote worker. It is also awkward, to say the least, to call a worker “in,” just to terminate him or her. How then to heed the Reuter decision when it comes to remote workers?

One of the only exceptions in the Wage Act’s strict timing mandates is when workers are “absent” from their “regular place of labor at the time of payment.” Does this exception apply to remote workers? Unfortunately, there is no clear answer to this question as yet, and a remote worker might be able to successfully argue that the situs of their work has shifted to their home so that they are not absent from their regular place of work. For this reason, we suggest that for now, and until this question is clarified, an employer should either arrange for payment on the remote worker’s last day, or suspend or place the remote work on leave, with pay, until final payment can be made.

In sum, in light of the Reuter decision, employers must carefully plan and prepare for nearly all terminations in order to avoid a failure to pay all final wages on the last day of employment.

Chair of the employment law practice group at Prince Lobel Tye LLP, Dan has more than 25 years of experience in the field of employment law and litigation. He has represented businesses of all sizes in a wide range of matters, from discrimination and harassment complaints to claims involving misuse of trade secrets, privacy rights actions, and wrongful termination litigation.  Dan can be contacted by email at dtarlow@princelobel.com.

If you have any questions about the information presented here, or have any employment law concerns, please contact Daniel Tarlow, chair of the firm's Employment Practice Group, at 617 456 8013 or dtarlow@PrinceLobel.com.