Free Advice, Well Worth the Price.

Despite the relative dearth of political headlines at the time of this writing (mid-spring), Massachusetts 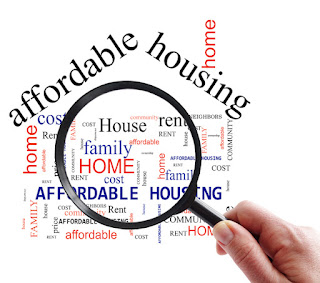 is actually in the throes of a Governor’s race this year. The Housing Watch does not wish to back a particular candidate in this fight, but will always grab the opportunity to put housing in any headline. Given the fact that pandemic shortages and supply chain price pressures are now being coupled with interest rate increases aimed at curbing inflation, there are storm signals all along the housing horizon. Compelled by this confluence of events, your humble correspondent dares to share some thoughts about housing as a campaign issue and, more importantly, housing as a priority for any incoming administration, regardless of its political stripe.

Occasionally, it’s helpful to at least consider the experiences of those who have gone before you. And in all candor, this column does not recall the outgoing governor focusing much on housing during the halcyon days of the 2014 election cycle. Governor Baker campaigned as an experienced manager with financial and health care management credentials. To be candid, he came into office bringing with him the sympathies of a Swampscott selectman when it came to the demands being placed on the municipal level of government by the state. Not exactly the profile of your typical housing stalwart. All of this was swiftly overshadowed by the great "Snowmaggedon” and its aftermath, particularly its impact on the MBTA. While transit service is irrevocably intertwined with housing (hope you’ve been paying attention), the priority was, to borrow a health care term, simply to get the patient (the MBTA) ambulatory first. Then, during the second term, there was this little matter known as Covid 19.

That's why it was particularly revealing to hear the governor, in his final speech before the Greater Boston Chamber of Commerce (somewhat akin to a commencement address) identify housing as the "principal headwind" facing the Commonwealth in the future. It's not quite the same as an outgoing President Eisenhower warning about the military-industrial complex, but it should make everyone think. Housing needs to be the priority for any incoming administration. That's not The Housing Watch talking, that’s the voice of hard-earned experience.

No, The Housing Watch hasn’t “gone rogue,” but the harsh truth is current housing production levels are half of the already inadequate levels from thirty years ago. Rising construction costs and interest rates aren’t going to make things any easier. We need to focus both on the construction process itself, including exploring prudent means of greater reliance on modular construction in a way that does not irrevocably alienate union sensibilities and we need to focus intensively on the permitting/preconstruction side of the equation, seeking out what will really motivate municipalities to welcome more housing and what land use regulation techniques will deliver that production efficiently. Implementation is the most difficult stage of any policy, so that means, in particular, focusing on implementation of the new Section 3A of Chapter 40A, and its authorization of “as of right” MBTA multi-family zoning districts. Tweaking broader issues related to that goal, such as the consequences for failing to comply with new Section 3A, should be prioritized, notwithstanding The Housing Watch’s sympathy with the notion of adopting the “as of right” multi-family zoning concept state-wide.

It's About the Infrastructure, Stupid!

Speaking of zoning, there's more than one kind of infrastructure. Hard infrastructure, such as utilities (particularly water and sewer) are obviously vital to greater production and density. And that’s a great rationale for fostering ever more multi-family housing in the Commonwealth’s Gateway Cities where the infrastructure likely needs a solid upgrade rather than full scale installation.

But there's a second kind of infrastructure and that's land use regulatory infrastructure. Here’s where Massachusetts falls down miserably, due largely to our notoriously outdated zoning enabling act, compounded by our snowflakish desire to proliferate local environmental regulations. If we are going to continue to go beyond state-wide environmental standards, better training at the local level is simply a must.

The Housing Watch supports a dual track approach. And yes, that means tackling full scale zoning reform. But it also means first improving the carrot and stick tools we have such as Chapter 40R and Chapter 40B (more about that next time) and implementing the new Section 3A. If these tools can be tweaked enough to make continued opposition to housing production at the local level sufficiently burdensome, the eternal optimist can see an opening for the large-scale zoning reform that the Commonwealth really needs.

Affordable Housing Doesn’t Need to Be this Complicated.

Every Affordable Houser has a horror story (or ten) about mixing multiple sources of subsidy from different entities in order to make an affordable development work. Long ago, Massachusetts’ subsidizing agencies wisely banded together to produce a “uniform” set of documents (known as “MassDocs”) to make legally tracking the requirements imposed by these various sources comprehensible. That’s been very helpful, as far as it goes, but since we have an Affordable Housing Trust in this state, one that can accept “donations” by the way, wouldn’t it be easier to “launder” (excuse me, “funnel”) the various sources through the Affordable Housing Trust and then have the subsidizing agencies provide simplified form and content for the restrictions?

Our time grows short. But this may be the most important point of all. More simply has to be done on the homeownership front in affordable housing (beyond the federal proposal for a homeownership tax credit). This may mean experimentation with the once heretical notion of “burning off” affordability restrictions on resale over time, even if that means fewer affordable units in theory. The Housing Watch is fascinated by the proposal made by the My City at Peace-HYM Investments team with respect to the P-3 parcel in Roxbury. It raises the possibility of affordable homeownership units with restrictions that fall away after fifteen years. The Housing Watch will keep a lookout for similar experiments. If we can change the municipal mindset on housing production, we can generate both new restricted units and a new generation of middle class, particularly among traditionally underrepresented communities.

We also need to encourage new thinking about incentivizing the private sector to integrate housing assistance into the employee compensation equation.

Can our new governor please get behind the notion of expediting (not eliminating, but really expediting) abutter (not municipal) appeals involving affordable housing developments?

Co-chair of the REBA affordable housing section, Bob Ruzzo is a former Massachusetts Deputy Secretary of Transportation. He also served as the Deputy Director/Chief Operating Officer at both MassHousing and MassDevelopment.  His column, “The Housing Watch…” will be a regular feature in REBA News and on the REBA Blog He can be reached at bob@bobruzzo.com.