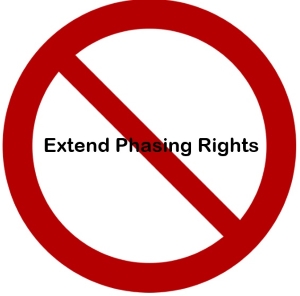 condominium’s developer-declarant to unilaterally extend the expiration of its seven-year phasing right. The Appeals Court’s decision affirmed the Land Court’s determination that other unilateral activities undertaken by the declarant to amend the condominium’s governing documents to avoid the consequences of the expiration of the phasing rights were invalid. It also affirmed the application of subordination principles established by the Appeals Court in the matter of Trustees of Beechwood Village Condominium Trust v. USAlliance Federal Credit Union, (2019).

Holding that the Declarant’s actions were invalid, the Appeals Court reasoned that any extension to the Declarant’s phasing rights could only be effectuated by obtaining approval from all the affected unit owners.

On appeal by the Declarant and its lenders, the Appeals Court affirmed, with minor amendment, the Land Court’s holdings in a 28-page decision. While not an exhaustive identification of the issues considered by the Appeals Court in the case, substantial treatment was afforded to the following matters.

The Appeals Court first considered the Declarant’s attempt to unilaterally extend its phasing rights, discussing § 5(b)(1) of the Act, which authorizes alterations to percentage interest to be undertaken without express consent of unit owners if the alterations are set forth in the master deed when the unit is purchased, such that unit owners are on notice of prospective changes in their ownership interest. In this case, the Declarant, by and through the language contained in the Master Deed, provided the unit owners with notice that its phasing rights would expire seven years from the date the Master Deed was recorded. Each unit owner, in accepting their unit deed, accepted that development of the Condominium may be ongoing for a period of seven years and that their percentage interest in the common areas of the Condominium could be decreased by the addition of subsequent units during that period. Such language in the Master Deed allowed each unit owner to make “an accurate determination of the alteration” to each unit’s undivided percentage interest.

Holding that the Declarant’s actions were invalid, the Appeals Court reasoned that any extension to the Declarant’s phasing rights could only be effectuated by obtaining approval from all the affected unit owners. The Declarant’s attempt to unilaterally accomplish an extension of its phasing rights in a contrary manner circumvented the requirements and the intent of the Act and violated the provisions of the Master Deed. Moreover, the Appeals Court held that the general amendment provision relied upon by the Declarant is inapplicable because (i) the Act requires the consent of the unit owners to alter their percentage interest in the common areas, and (ii) the provision itself is only viable when the amendment does not affect the benefits of the unit owners, which the amendment sought to do through the authorization to phase-in additional units.

Meghan Hall is an associate in the litigation department of Moriarty Troyer & Malloy, LLC, with offices in Boston, Quincy and Falmouth.   Her experience includes representing clients in all Massachusetts trial courts, including the Land Court, and the Appeals Court. Meghan can be contacted at mhall@lawmtm.com.