Adoption or Change of Zoning Ordinances or Bylaws: A Trap for the Unwary 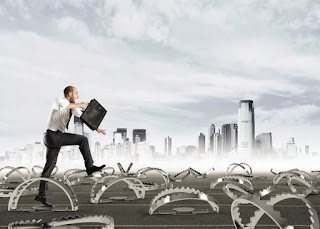 2019 zoning amendment that changed the zoning districts of certain properties invalid due to the failure of the Petitioner (i.e., the individual who brought the zoning amendment before town meeting for approval) to comply with the strict procedural requirements set forth in G.L. c. 40A, § 5, first para.

Zoning ordinances or by-laws may be adopted and from time to time changed by amendment, addition or repeal, but only in the manner hereinafter provided. Adoption or change of zoning ordinances or by-laws may be initiated by the submission to the city council or board of selectmen of a proposed zoning ordinance or by-law by a city council, a board of selectmen, a board of appeals, by an individual owning land to be affected by change or adoption, by request of registered voters of a town pursuant to section ten of chapter thirty-nine, by ten registered voters in a city, by a planning board, by a regional planning agency or by other methods provided by municipal charter … . G.L. c. 40A, § 5 (emphasis supplied).

In the Bellingham matter, after learning that their commercial properties had been rezoned from an industrial district to a suburban/residential district, the plaintiffs brought a complaint in Land Court challenging the validity of the adoption of the amendment to the Town's Zoning Bylaws and Zoning Map ("Amendment"). The principal argument before the Court concerned whether the amendment was properly initiated and placed on the town’s warrant pursuant to G.L. c. 40A, § 5. The plaintiffs successfully argued that because the petitioner did not own land to be affected by the amendment, the amendment was not properly on the town warrant and should never have been voted on at town meeting. The town argued that while the petitioner did not own land to be affected, the statutory requirements were met because the town’s planning board and board of selectmen, either of whom are authorized to bring zoning amendments under the statute, advanced the amendment by voting to recommend it and include it on the town warrant.

The Land Court disagreed, finding that its interpretation of G.L. c. 40A, § 5 ignored the language of the first two sentences of § 5, where the Legislature clearly set forth the procedure for initiating zoning amendments, which does not permit a single registered voter of a town to do so. In finding that the undisputed facts in the case established that the petitioner did not own land affected by the amendment, the Court found the amendment invalid. The Court concluded that strict compliance with G.L. c. 40A, § 5, first para., did not occur in the case, and that the failure to comply was significantly inconsistent with or prejudicial to the apparent legislative objectives set forth in G.L. c. 40A, § 5, first para. In sum, the petitioner did not own any land affected by the Amendment and therefore had no right to seek the rezoning of the subject properties.

The lesson here is this: when seeking to amend a municipality’s zoning ordinances or bylaws, one must be sure that the requirements of G.L. c. 40A § 5, first para. are strictly followed.

A co-chair of REBA’s legislation section, Doug Troyer is a founding member of Moriarty, Troyer & Malloy LLC, focusing his practice on condominium and real estate litigation, real estate development and permitting, land use litigation and employment law. Doug can be contacted by email at dtroyer@lawmtm.com.