As Massachusetts moves into Phase 4 of its reopening plan, residents and businesses appear cautiously optimistic. Red Sox games are on 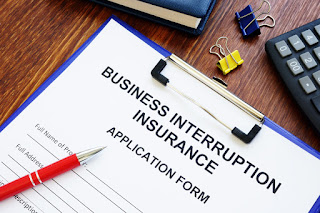 schedule at Fenway Park (albeit at substantially reduced capacity). Spring and summer nights at Boston eateries are beckoning. But the reality of a “post-pandemic world” (if I can even venture so far to use that phrase yet) is that much will have changed. Visiting a game at Fenway may not be the same without a quick stop by Island Creek Oyster Bar and Eastern Standard beforehand, but both restaurants have closed over the past year. Of course, they are not alone. Boston.com is maintaining a running list of restaurants that have permanently closed, in large part due to the impacts of the pandemic and its associated restrictions and regulations that saw restaurants required to be closed and then substantially limited in services they were able to provide.

MTM will continue to keep you apprised as pandemic-related issues are litigated in the courts and decisions rendered that may impact how your business navigates the post-pandemic world and resumes normal operations.

Legal Sea Foods, a Boston stalwart, was not immune from the impacts of the pandemic. Legal Sea Foods locations in Park Plaza and Harvard Square closed in 2020, as did the Legal Test Kitchen in the Seaport. At the time it was announced the Park Plaza location would be permanently closing, the company noted that the location offered “no patio space, the wine cellar was exclusive to group events, and the landlord had previously expressed plans to redevelop the property.” In addition, what previously made the location valuable – its proximity to the Theater District – became less of a selling point. “[T]he area is now without theater and nearby hotels and office buildings have no real occupancy.”

While Legal Sea Foods does have many other locations in Massachusetts and several outside the state, it seems it was readily apparent to the company that the pandemic would have a substantial impact upon its business. In May 2020, while many others were still trying to assess what the COVID-19 restrictions meant for their business, Legal Sea Foods instituted an action in the U.S. District Court, District of Massachusetts, against its insurer, Strathmore Insurance Company (Strathmore), over insurance coverage for business interruption losses.

By way of background, the Legal Sea Foods lawsuit concerns a commercial property insurance policy (Policy), effective March 1, 2020. The Policy includes two provisions relevant to the lawsuit – a provision concerning coverage for lost income and expenses due to a necessary suspension of operations caused by direct physical loss of or damage to the covered properties, and a provision concerning coverage for lost income and expenses caused by action of civil authority that prohibits access to the covered properties. After making demand upon Strathmore in late March 2020, Legal Sea Foods initiated the action. As a basis for Strathmore’s claimed liability, the restaurant business cited state and local orders in response to the COVID-19 pandemic, which orders mandated that residents remain in their residences unless performing essential services and temporarily prohibited on-premises dining at restaurants. It also alleged the physical presence of the virus in its restaurants.

On Strathmore’s motion to dismiss, the U.S. District Court (Gorton, J.) dismissed the action in its entirety, holding that none of the claims asserted by Legal Sea Foods stated a claim upon which relief could be granted. In its decision, the Court noted that Legal Sea Foods’ claim – like many claims adjudicated across the country for business interruption losses – turned on the phrase “direct physical loss of or damage to” property, which was the prerequisite for coverage under the Policy. Noting that Legal Sea Foods failed to plausibly allege that its losses stemmed from the physical presence of COVID-19 at its properties (rather than the orders that had entered in connection therewith), the Court determined that the type of tangible, material and direct physical loss required to trigger coverage under the Policy was lacking. “The COVID-19 virus does not impact the structural integrity of property in the manner contemplated by the Policy and thus cannot constitute ‘direct physical loss of or damage to’ property.” In support of such holding, the Court cited to multiple decisions throughout the country that have reached the same conclusion.

Similarly, the Court concluded that the orders were insufficient to trigger business interruption losses resulting from an action of civil authority, as that Policy language was triggered only if the authority “prohibits access” to the covered properties. The Court identified that, while restaurants were required to close and access limited, there was no specific order “that expressly and completed prohibited access to” any of the covered restaurants. Indeed, the orders “permitted [Legal Sea Foods’] restaurants to continue carry-out and delivery operations.” The Court noted that, under its decision, it “is immaterial whether it is economically feasible for Legal to continue restaurant operations …. Rather, the relevant inquiry is whether the [orders] prohibited access to” the covered properties. Accordingly, while access was limited, it was not prohibited, and Legal Sea Foods was not entitled to civil authority coverage.

On the basis of the foregoing, the Court dismissed the remaining claims against Strathmore. Legal Sea Foods has recently appealed the Court’s decision, which appeal remains pending. (Click on this link to view the Legal Sea Foods, LLC v. Strathmore Insurance Co. case).

As with any litigation, Legal Sea Foods’ case is fact-specific and dependent on the language contained in the Policy. Nevertheless, the Court’s citation to numerous decisions throughout the nation in support of its dismissal of the case demonstrates that the courts are likely to take a relatively restrictive view of language contained in insurance policies notwithstanding the recognized devastating impact that the pandemic has had across all industries, not least of which is the restaurant industry.

MTM will continue to keep you apprised as pandemic-related issues are litigated in the courts and decisions rendered that may impact how your business navigates the post-pandemic world and resumes normal operations.

Co-chair of REBA’s strategic communications committee, Kim Bielan is an associate in the litigation and zoning and land use departments of Moriarty, Troyer & Malloy LLC. Kim’s practice focuses primarily on real estate litigation, with an emphasis on zoning and land use matters. She can be contacted by email at kbielan@lawmtm.com.