Three selected 2020 summary decisions of the Massachusetts Appeals Court illustrate, in brief and crisp opinions, the types of 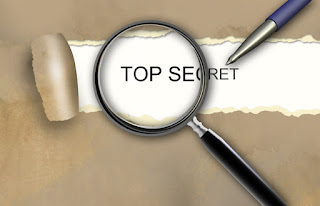 situations heard by Conservation Commissions, thorny issues the disputes can present, arguments presented by the opposing parties, court review of a tribunal’s decision, and…  how a well-maintained document record, well-run deliberation, with a well-written decision can win the day, even if years after, in litigation in the nature of certiorari.

A summary decision pursuant to the Appeals Court rules, as these three are, is labelled an unpublished disposition or opinion, may be cited for its persuasive value but, because of the limitations to it, not as binding precedent. It is a decision of the panel of judges who heard the case, limited to the facts stated, and not an opinion of the full Appeals Court. Therefore, it is educational and useful, but not legal precedent in other similar or even identical situations.

In 2018, the parties entered into settlement negotiations, over an order of conditions, required restoration, and a large money penalty, which were memorialized in a series of e-mail messages. Zani was represented at the time by an attorney. Town counsel sent him an e-mail offering to reduce the fines to $300 as long as the plaintiff agreed to comply with the order of conditions. Zani’s attorney agreed in court, but Zani later said he did not, and anyway the settlement was never finalized.

The Appeals Court addressed whether the many emails constituted an enforceable settlement. Under the law set in early cases, “An enforceable agreement requires (1) terms sufficiently complete and definite, and (2) a present intent of the parties at the time of formation to be bound by those terms.” The first is a legal question, the second a factual issue. “Sufficient completeness depends upon the substance of the terms approved by the parties”. If an absent term was a subsidiary matter (here whether the deal turned on there being a successful meeting with the Commission about the work to be done) that did not alter the essential nature of the bargain, then there was a contract that could be enforced.

On this the Appeals Court said, “We conclude that the parties’ e-mail messages evidenced a sufficiently complete and definite agreement to settle the plaintiff’s claims. As reflected in the messages, the parties agreed that the plaintiff would dismiss his claims and comply with the order of conditions in return for the town’s reducing the $50,000 fine to $300.” Thus, the emails contained all essential terms, they did not include having a Commission meeting, and therefore the agreement was final.

On the point of Zani’s intent to be bound by those terms, the Appeals Court stated: “For similar reasons we are unpersuaded by the plaintiff’s argument that he did not intend to be bound by the settlement agreement. Although the agreement was not formally executed, “[i]f ... the parties have agreed upon all material terms, it may be inferred that the purpose of a final document which the parties agree to execute is to serve as a polished memorandum of an already binding contract.” Thus, it did not matter the deal was not reduced to a single written document signed by the parties, or that it was not submitted to the judge below.

Plaintiff Won filed a certiorari complaint against the Commission seeking a declaration that the failure to issue its denial on Won’s storm water permit application, under a storm water bylaw the Commission administers with the wetland bylaw, within 21 days after the “close of the public hearing” resulted in a constructive grant of the application, that is the permit would be deemed granted.

One Superior Court judge ruled that it was deemed granted, a second judge ruled that it was not, and the Appeals Court sidestepped the issue by ruling that Won effectively had abandoned the claim by requesting a new hearing on the application after the 21-day period had expired and then withdrew the application after the Commission indicated it had additional concerns.

Thus, it remains to be decided in future case if, under the Cohasset storm water permit bylaw, a lapse of 21 days after the close of the hearing, constitutes a grant of the permit. In contrast, you know, inaction after 21 days under a wetlands bylaw results in loss of local-bylaw jurisdiction over the project, and the eventual Superseding Order of Conditions issued by MassDEP governs the project.

Rochester Bituminous challenged a three-year extension given to Edgewood Development seven years after an older order of conditions allowing Edgewood’s asphalt plant, which had been the subject of a lengthy court appeal and also had been extended four years by the Permit Extension Act.

The grounds alleged were that the extension was unsupported by substantial evidence because it was not based on a new wetland delineation, and it is “possible” that the wetlands had changed over the years.  You already know that extension decisions are not appealable to MassDEP, rather to Superior Court in a certiorari action.

The regulations governing extensions of such orders, however, allow for multiple extensions for periods of up to three years each. Furthermore, the MassDEP regulations set forth criteria for denying an extension request.

Essentially the Commission (or MassDEP) may deny a request for an extension and require the filing of a new notice of intent (NOI) or notice of resource area delineation (jurisdictional ruling) in specific circumstances. Three of them apply here: where no work has begun on the project, except where such failure is due to an unavoidable delay, such as appeals, in the obtaining of other necessary permits; where new information, not available at the time has become available and indicates that the Order is not adequate to protect the interests identified in the Act; or where a resource area delineation or resource area delineation certification is no longer accurate.

The Appeals Court upheld the Commission and the Superior Court, saying: “The substantial evidence shows that none of the articulated reasons to deny an extension was present. To the contrary, the record reveals…that the commission took reasonable steps to satisfy itself that the delineation remained accurate. Edgewood’s environmental scientist’s explanation that the wetlands at issue are highly maintained, man-made wetlands with steeply defined perimeters supports the inference that expansion of the wetlands was unlikely. Rather than rely on inference alone, however, the commission reviewed aerial photographs, conducted a site visit, questioned Edgewood’s environmental scientist, and sought the opinion of the town’s conservation agent.”

The Appeals Court noted, “In addition, no authority supports the plaintiffs’ contention that because the composition of the commission has changed, the commission should reconsider the order anew.”

Thus, the Commission won, having reviewed the facts in a record, applied the right criteria, articulated its reasons in its decision granting the extension.

A founder and current co-chair of REBA’s Environmental Law Section, Greg McGregor is also the founder of the Boston-based environmental law firm, McGregor & Legere, PC, which handles environmental, land use, and real estate matters, plus related litigation. He is also a founding member of the Environmental Law Network, an alliance of specialty law firms in the United States and abroad, sharing expertise and experience for the benefit of their clients.   Greg can be contacted by email at gimcg@mcgregorlaw.com.

Email ThisBlogThis!Share to TwitterShare to FacebookShare to Pinterest
Labels: Environmental