MassHealth must file estate claims within three years of death

May 1, 2018: I was sitting in a breakout session at the spring REBA conference titled “Conveying Real Estate Out of Probate.” The 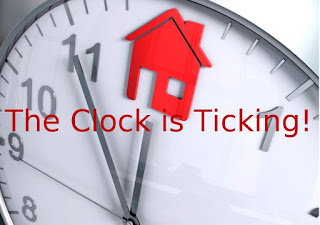 speakers were discussing a section of the new Probate Code called “Probate, Testacy and Appointment Proceedings; Ultimate Time Limit.” My mind wandered to the pastry-and-fruit table in the lobby.

Fast forward to December 28, 2020. In a case of first impression, the Supreme Judicial Court ruled in favor of my clients, the heirs of
Jacqueline Ann Kendall, and against MassHealth (SJC Docket No. 12881). The Court said MassHealth has three years from the beneficiary’s death to file its claims on estates or the claim is barred forever.

MassHealth had argued that it had unlimited time to file estate claims and that requiring the agency to track the status of beneficiaries who were not in long-term care facilities would be unduly burdensome.

If one were to accept MassHealth’s argument, estates would never close, the Estate countered. Personal representatives would never be freed from their duties and from personal liability, and the estate’s interest in assets such as real estate would never be fully released.

The Court held: “G. L. c. 190B, § 3-108 (4), prohibits the filing of such claims after three years and prohibits the personal representative from paying any claims, and thus the claim here is time barred. The Legislature provided MassHealth with various advantages over other creditors, but it also created an ultimate time limit on the filing and payment of creditor claims against estates in § 3- 108, with no exception for MassHealth.”

Ms. Kendall died intestate on August 7, 2014. At the time, she and her brother co-owned a house in Gloucester, where Ms. Kendall lived. She had never been in a nursing home. Instead, she received her medical care in hospitals and at doctors’ offices.

After she died, the family rented the house for four years. In 2018, Ms. Kendall’s brother and her three children decided to sell the property. On May 24, 2018, shortly after that REBA conference, I filed a Petition for Late and Limited Testacy in the Salem Probate & Family Court to appoint one of the daughters as personal representative in order to sign a deed. As required by the form, I mailed the petition to MassHealth.

The family intended to pay the $104,738.23 MassHealth bill but, as I was speaking to the Estate Recovery specialist, I remembered that REBA workshop. “I don’t think we can pay this,” I recall saying to her.

I informed MassHealth in writing that this claim could not be paid, pursuant to G.L.c. 190B s. 3-108(4), which says that more than three years, “the personal representative shall have no right to possess estate assets … beyond that necessary to confirm title thereto in the successors to the estate and claims other than expenses of administration shall not be presented against the estate.”

MassHealth filed an Affidavit of Objection to the appointment of Ms. Kendall’s daughter as personal representative, seeking instead to appoint a public administrator who would pay the claim. In order to allow the sale to proceed, the Probate Court certified Ms. Kendall’s heirs and allowed me to hold the disputed amount in escrow. The sale was consummated on September 14, 2018.

After the parties filed motions for summary judgment, the Probate Court reported the case to the Appeals Court on April 23, 2019. On January 16, 2020, the SJC transferred the case to itself sua sponte.

Justice Scott L. Kafker, writing for a unanimous court, noted the Commonwealth’s longstanding policy of “promoting a speedy and efficient system for liquidating the estate of the decedent and making distribution to the decedent’s successors” embodied in G.L.c. 190B.

The Legislature knew how to exempt MassHealth from requirements that applied to other creditors and specifically did not include an exemption for the agency in the three-year statute of repose in Section 3-108. “Where the Legislature intended for differential treatment for MassHealth in the probate process, it did so expressly,” wrote the Court. The language of the Ultimate Time Limit was “plain and clear.”

The Court continued, “The three-year ultimate time limit is a critical provision ensuring the orderly settlement and liquidation of estates in a relatively expeditious manner. We conclude that if the Legislature intended to create an exception for MassHealth to this ultimate time limit, it would have done so expressly in that particular provision.”

The Court gave weight to the fact that creditors, including MassHealth, have the power to open estates themselves. It also noted that the three-year limit on filing claims was originally stated in the Uniform Probate Code and has been adopted by at least nine other states.

The Court waved away MassHealth’s concern about how to receive notice of the deaths of beneficiaries who are not in nursing homes. Most estates will be settled quickly, said the Court. Furthermore, MassHealth knows when benefits cease and can follow up to ascertain a beneficiary’s status.

As to MassHealth’s argument that heirs would wait out the three-year period to avoid paying MassHealth, the Court said the Legislature had already examined that possibility in a Comment to Section 3-803 and deemed the risk low. “The Legislature’s risk assessment and overall cost-benefit analysis is entitled to respect,” said the Court.

The Legislature has amended the Probate Code several times since it was first passed, including adding language emphasizing the very limited nature of the personal representative appointed in a late and limited testacy. If MassHealth objects to a time limit on its claims, its redress is with the Legislature, not the courts. At some point, estates must close and personal representatives must be released from their duties.

Meredith A. Fine has offices in Gloucester and Ipswich, where her practice focuses on real estate, litigation and business counseling. She is a member of REBA’s Ethics Committee. She can be reached through her website, capeannlegal.com.