The Middlesex North Registry of Deeds recently recorded a mortgage for property in Tyngsborough. Like 75 percent of all mortgages we record, it arrived electronically. The document was signed by the homeowners, likely at their kitchen table just a dozen miles from the registry of deeds, but it was 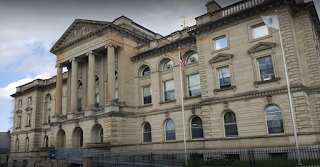 acknowledged by a notary public 1,800 miles away in Texas via audio-visual means in accordance with the law of that state.

The Restatement (Second) of Conflicts of Law, section 223, states “(1) Whether a conveyance transfers an interest in land and the nature of the interest transferred are determined by the law that would be applied by the courts of the situs; and (2) These courts would usually apply their own local law in determining such questions.” However, this rule is not universal. Comment i. Collateral questions to section 223 of the Restatement says that on matters that are incidental or collateral to the conveyance, the courts of the state where the land is located might apply the law of some other state to resolve the matter. This is especially true “when the concern of that other state in the decision of the particular issue is so great as to outweigh the values of certainty and convenience which would be served by application of the local law of the situs.”

Massachusetts Deed Indexing Standard 2-6 [ http://www.lowelldeeds.com/IndexStnds08.pdf ] states “An acknowledgment made outside of the Commonwealth but within any state, territory, district or dependency of the United States, shall be made before: a justice of the peace, notary public, or magistrate of the state in which the acknowledgment is made . . .” This standard assumes that it is the law of the place where the acknowledgement is made that controls its validity. It also delegates to the person accepting the document (the grantee, not the registry) responsibility for determining whether the acknowledgement is valid under the laws of that foreign jurisdiction.
When the person executing the document and the notary acknowledging the execution of the document were both located outside of Massachusetts, far from the land affected by the document, these presumptions seemed valid. So did the expectation that courts in this Commonwealth would hold that the acknowledgement was collateral to the conveyance of the land and should therefore be assessed in light of the law of the jurisdiction in which the acknowledgement was taken.

However, technology in the form of internet-based audio-visual applications has brought a new twist to this analysis by allowing the person executing the document to be distant from the person taking the acknowledgement. In the case of our Tyngsborough mortgage with the person executing the document being in Massachusetts and the land being in Massachusetts, the use of a foreign notary seems like a kind of forum shopping that implicates the financial interests of the lender more than public policy concerns of the state of Texas. In these circumstances, a Massachusetts court might conclude that any connection between this transaction and the state of Texas was so tenuous that the entire transaction, including the acknowledgement, should be governed by Massachusetts law. Since Massachusetts law makes no provision for remote video acknowledgements, such a finding would invalidate the acknowledgement, the mortgage itself and, if we may be guided by U.S. Bank v Ibanez, 458 Mass. 637 (2011), quite possibly any other document similarly acknowledged.
Still, before we reflexively shun all out-of-state remote acknowledgements, we should remember that human nature makes us prone to accept the old and familiar and to reject the new and innovative. If the purpose of requiring a real estate document to be acknowledged is to be able to prove that the person who purportedly signed the document did in fact sign it, having a video recording of that act is better evidence than a notary testifying that he has no memory of this particular transaction but always required the person executing the document to be in his presence and to positively identify himself before completing the acknowledgement. In that way, the Texas law may do more to protect the public policy concerns of the Commonwealth than the state’s own notary laws do.

According to the National Notary Association, 22 states have passed remote video acknowledgement laws. This practice is reaching critical mass across the United States and we here in the Commonwealth can no longer ignore it in the hope that it will just go away. As tempting as it is to urge the state legislature to jump on board the remote notary train without delay, this is a complex area of the law with enormous implications that deserves prompt study and analysis by all concerned as a precondition to legislative action.

Related Articles
Here are links to a couple of my earlier articles that are related to this one:

A Path to Electronic Acknowledgements July 28, 2017
https://rebama.blogspot.com/2017/07/a-path-to-electronic-acknowledgements.html
Posted by Bob at 2:56 PM