The Ghost of Site Plan Reviews Yet to Come 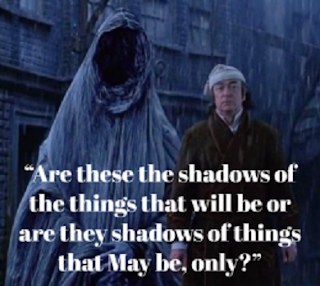 Holiday treats arrived early for REBA members prescient enough to attend Site Plan Review: The Ghost That Haunts Land-Use, a breakout session at the
Annual Meeting and Conference last month. That title is a riff on Judge Foster’s observation in Willis v. Nelson (No.19 MISC 0000041, WL 2180689, at *1 (Mass Land Ct. May, 2019)) that: “Site plan review is the unacknowledged ghost haunting land use law.” Conspicuously absent from the state Zoning Act (Chapter 40A), site plan review is nonetheless “present in nearly every municipality’s zoning bylaw or ordinance.”

The panel, moderated by former REBA president Kathleen M. O’Donnell, featured two knowledgeable presenters, Michel Wigney and Shawn McCormack, who blazed a path through the (extra-legislative) development of site plan review, beginning with its sanctioning by the Supreme Judicial Court in the Y.D. Dugout. Inc. case, right on through to an assessment of difficulties with the present application of site plan review practices in various municipalities. In keeping with today’s chosen theme, let’s refer to these two story elements as the ghost of Site Plan Reviews Past and the ghost of Site Plan Reviews Present, respectively; and let’s just say the entire presentation scared the dickens out of the Housing Watch.

Why? Well as land use practitioners are aware, the cities and towns of the commonwealth are painfully unique. Even at the peak of his influence, Chairman Mao only expressed a wish to let one hundred flowers bloom. Because site plan review lacks any anchor in Chapter 40A, we face the potential for as many three hundred and fifty variations on the site plan review theme. At first, one might be comforted by the notion that site plan review, when properly applied, is intended to constitute a “conformance review” of a structure allowed “as of right.” Properly utilized, it may have great value as a comment gathering exercise through which designs can be critiqued and then refined. Yet in practice, alarming disparities have arisen over such questions as: (1) whether a planning board may impose stricter dimensional requirements through site plan review; (2) just what the role of abutters is during a site plan review process; (3) how long the review period may extend; (4) what the standard of review is; and (5) most agonizingly, how to appeal a negative site plan review determination if the ordinance is silent on that issue.

That last point bears repeating. If a site plan review ordinance does not specify any method for appeal, the accepted practice today is to obtain a negative determination from the building inspector and then to appeal that negative determination to the appropriate permit granting authority. Only when the inspector’s denial is confirmed by such a body should one proceed with a court appeal.

Think about that for a moment. If a site plan review resulted in a negative determination, a proponent is highly unlikely to have taken the step of preparing plans and specifications suitable for obtaining a building permit. Yet the building inspector reviewing such a negative determination would arguably be justified in citing the lack of plans and specifications as an independent ground for denying a building permit. And that’s not even the scariest thing about site plan review.

As in the Dickens’ classic, the truly scary specter in all of this is the ghost of Site Plan Reviews Yet to Come. After all, the recently enacted new Section 3A of Chapter 40A purports to bring “as of right” multifamily housing districts to 175 “MBTA communities” subject only to “site plan review.” If this new legislation holds the key to a better housing future for Massachusetts, we need to start paying a lot of attention to the site plan review requirement now.

The final guidance for Section 3A deals gives “Site Plan Review” only a cursory mention. The present-day realities (nightmares?) reviewed by counsellors Wigney and McCormack are not addressed in any detail, although the guidelines do state that site plan review “should not unreasonably delay a project or make it infeasible or impractical to proceed with a project.” The  lack of clarity about appeal procedures and the absence of a time limit on the duration of site plan review is plainly inadequate. As the late judge Rudy Kass wrote in the Milton Commons decision back in 1982, “Delay is often as effective as denial” (see, note 2).

As a means of addressing the ample real-life challenges presented by working with site plan review in its current unwieldy form, the panelists suggested that a legislative addition to the Zoning Act could inject some much-needed uniformity. Ordinarily, the Housing Watch would caution against relying on a legislative solution any time soon. But in this case, the spirits may be able to do their work all in one session.

That’s because the communities seeking to comply with Section 3A will need to submit a compliance package to the Department of Housing and Community Development (DHCD). Included in that submission will be the text of their actual ordinance or by-law. DHCD still has time before the first submission deadline (December, 2023) to provide model provisions for site plan review addressing appeals, the standard of review, timing, and other procedural issues. Circulating such guidance early would prevent the inevitable last-minute frenzy that will accompany the deadline. Such guidance could also serve as a “first draft” for incorporating a new provision in Chapter 40A addressing site plan review as a whole.

Why that sounds distinctly like optimism! Well, as our friend Ebenezer once inquired: “Spirit…Why show me this, if I am past all hope?

Co-chair of the REBA affordable housing section, Bob Ruzzo is a former Massachusetts Deputy Secretary of Transportation. He also served as the Deputy Director/Chief Operating Officer at both MassHousing and MassDevelopment.  His column, “The Housing Watch…” will be a regular feature in REBA News and on the REBA Blog He can be reached at bob@bobruzzo.com. The views expressed are solely those of the author.