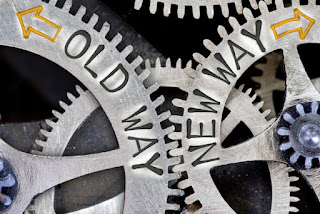 to review and improve access to, from, and within South Boston for all modes of transportation over the next year, with a primary focus on improving safety. As a part of this Project, the BPDA has spent the last six months collecting data on the South Boston study area, which is banded by First Street to the north, Day Boulevard to the south, Farragut Road to the east, and Old Colony Avenue to the west (“Study Area”).

The data collected by the BPDA shows that two of the most severe and concerning transportation issues in South Boston are: 1) aggressive drivers; and 2) double parking, both of which interrelate with concerns regarding speeding and pedestrian safety.

The data further shows that compared to other neighborhoods in Boston proper, South Boston is something of a public transit desert. There is only one T line and stop – the Red Line via Broadway Station – which sits nearly in the northwestern corner of the Study Area. There are four bus routes running through the neighborhood, but the BPDA data suggests that these routes often struggle with lengthy traffic delays, significant numbers of transit passengers, availability limitations during middays and on weekends, and additional challenges with peak commuting hours.

Since the vast majority of the blocks within the Study Area are what the BPDA deems “Very High Density”, this necessarily presents a challenge and increases the population utilizing other modes of transportation such as walking, biking, and driving.  The TAP has two significant and ambitious goals: 1) that every South Boston resident be within a 10-minute walk of a rapid-transit stop, a car share facility, and a bike share station, as established under the “Go Boston 2030” plan, and 2) no transportation-related fatalities, as established under “Vision Zero Boston”.

As part of its review, the BPDA oriented the data by modes of transportation, starting with pedestrian needs.

The BPDA found that the pedestrian network of sidewalks is extensive and that South Boston is considered a highly walkable neighborhood. However, the conditions of the existing sidewalks themselves will need to be addressed as most sidewalks are considered to be too narrow (less than five feet across), and too long or have inadequate crossing mechanisms.  Additionally, many sidewalks are uneven creating tripping hazards, and 90% of the curb ramps are not currently ADA compliant.

For the bike network, the Project data shows that biking along residential streets within the Study Area is generally relatively easy and safe, but that commercial corridors are considered “high stress” for cyclists and that access into and out of the neighborhood virtually requires utilizing one of the “high(er) stress” commercial streets. The design that is considered optimal for cyclists is a separate, dedicated traffic lane exclusively for bicycles. The worst options for cyclists are when bicycles must share a lane with motor vehicles, particularly through areas that have significant volumes of traffic.

The primary challenge for cars and vehicle travel in the Study Area, beyond the general issues of speeding and high density, is inadequate parking. There are approximately 10,600 unregulated parking spaces available during the day. However, approximately 500 of these spaces will be displaced for street cleaning between April and November of each year, only two percent of the total spaces are handicap accessible, and almost two-thirds of these spaces are deemed “resident-permit parking only” during nights. Additionally, there are roughly 30,500 active parking permits for these 10,600 parking spaces even though roughly 25 percent of the households in South Boston do not have a car or a parking permit.

Between now and the fall 2023, the BPDA will continue to investigate and identify transportation issues, goals, and principles for South Boston, and then seek to develop and prioritize transportation recommendations before the TAP is finalized and adopted.

The BPDA is actively seeking public input through participation in focus groups, completion of community surveys, and receipt of general and specific public comments.  For more information, please click on the following link -https://www.bostonplans.org/planning/planning-initiatives/south-boston-transportation-action-plan.  If you wish to review the kick-off meeting, it can be viewed here: https://bpda.app.box.com/s/iazwyvc41o3w59ml1eo51w312gcuwnrd.

Finally, it is worth noting that the BPDA is also utilizing the TAP to consider climate change resilience, a topic of increasing concern over the last one to two decades. South Boston faces an increased risk of flooding due to its location near the Boston Harbor, the fact that it overlies “filled” areas (land that was previously underwater or in the tidal zone), and generally lacks pervious surfaces. The impervious surfaces also increase the problem of extreme heat, with the substantial presence of asphalt and concrete. As such, the TAP is searching for “opportunities for greening” in South Boston, to create more water absorbent areas, provide shade, etc.

Michel is an associate in the real estate, zoning and land use, and litigation departments of Moriarty, Troyer & Malloy LLC. Her practice focuses primarily on real estate development and associated work such as permitting, environmental document review, zoning compliance, and conveyancing. She can be contacted at mwigney@lawmtm.com.