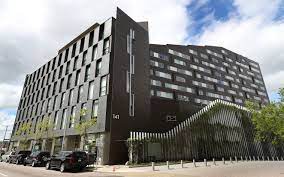 The court case behind this decision was more than a little disturbing. A former employee of a company that had previously provided concierge services to the Macallen Building (a144-unit condominium complex in South Boston), gained access to the penthouse unit owned by two doctors and brutally murdered them.

The estates of the two victims sued the condominium association (Court Square Press), the concierge company (Highbridge) and the management company (Bayberry), claiming that they had failed to provide adequate security in the building and that their negligence was responsible for the murders.

The three defendants asked the court to dismiss the case, arguing that there was no legal basis for the negligence claim.  Superior Court Judge Christine Roach disagreed, finding that a jury might well determine that the defendants had a “duty of care” ─ an obligation to provide security ─ which they had failed to fulfill.

A Clear ‘Duty of Care

The judge found the obligations of the management company and the concierge company to be straightforward based on the wording of their contracts.

The association also had an obligation to provide security in common areas, Judge Roach found, an obligation that, she acknowledged, Massachusetts courts have never specifically defined.

This decision doesn’t provide that definition either, but it does find an association’s obligations to be more explicit and potentially broader than we have seen in other decisions.

Significantly, Judge Roach found an association’s duty to provide security to be based specifically in its obligation to maintain common areas, which she defined broadly to include providing security there.

Equally significant, the judge found that an association’s obligation to provide security in common areas is comparable to the obligation of landlords to provide security for their tenants. While noting that Massachusetts courts have not reached that conclusion, Judge Roach said she found “persuasive” decisions by Arizona and California courts, holding that condominium associations “should be held to the same standard of care for common areas as a landlord…Like a landlord,” the judge said, “a condominium association bears a duty to exercise due care for the residents’ safety in those areas under the association’s control.”

Although the SJC has agreed that a landlord “is not a guarantor of safety” in common areas, Judge Roach observed, the court has also held that “a landlord is not free to ignore reasonably foreseeable risks of harm to tenants and others lawfully on the premises, that could result from unlawful intrusions into common areas.”

Even with her application of landlord-type security obligations to condominium associations, Judge Roach still colors pretty much within existing legal liability lines.  But her analysis of the obligation to prevent third party criminal actions arguably begins to push those existing legal boundaries.

The defendants in this case had argued that there is generally no duty to prevent the criminal actions of third parties and the judge agreed ─ with one key exception: A duty exits, she said, if those criminal acts are reasonably foreseeable.

Because there had been no previous murders in the building, the defendants argued, that risk wasn’t a foreseeable one.  But prior criminal activity isn’t the only basis for foreseeability, the judge found.  “The existence of opportunistic crime, including violent crime, accessed through public areas is a foreseeable fact of everyday life for most citizens, and condominium complexes are no exception.”

If there is any area in which this decision might (if echoed by an appellate court) plow new legal ground, it is here, in its assertion that virtually any criminal act may be a foreseeable risk that condominium associations (and others) have a duty to recognize and defend against.  What exactly are they required to do?

Before extrapolating too broadly from what this decision says or doesn’t say, it is important to remember:

·        This is a Superior Court decision.  It doesn’t set any precedents and it is not binding on other courts.  However, the decision does provide a legal window through which other courts may view questions about the security obligations of condominium associations, management companies and others. In that sense, it hints at future decisions without necessarily predicting them.

·        Like many decisions, this one was fact specific.  There were circumstances that supported negligence findings here that may not exist in other negligence cases. We shouldn’t assume that associations will be held responsible for any third-party criminal act in their community, irrespective of the nature of the act or the security measures they have implemented. Just because there are no bright lines defining an association’s security obligations doesn’t mean there are no limits at all on what they are required to do.

What Boards Should Do?

With these important caveats in mind, I’m giving our clients the following advice:

· Take owners’ (and tenants’) security concerns seriously. Once the board is alerted to a risk, that risk becomes foreseeable and creates an obligation for the board to deal with it.  While it’s not clear how you must respond to these concerns, it is absolutely clear that you can’t ignore them. The security concerns you ignore could become the negligence suits you have to defend.

·  Assess safety and security issues in your community periodically.  Make sure all security equipment is operating properly and verify that security personnel (or personnel with security responsibilities) are performing their duties appropriately an

·        Consider hiring a security consultant to review your community’s security

needs.  Bear in mind, however, that the failure to implement the consultant’s recommendations will almost certainly be cited as evidence that the board breached its obligation to provide adequate security.  If you reject security recommendations, make sure you have sound reasons for doing so.

·        A board may consider the costs of various security measures when assessing what associations may or may not do. However, a financial decision that seems reasonable to trustees when they are developing a budget (and refusing to increase security expenditures) may look less reasonable to a court considering the association’s potential negligence in a wrongful death suit like the one that produced this decision.  “How much is a life worth” is a question you definitely don’t want to have to answer in court.

·  Expect management companies, concierge companies and security companies to seek to modify contact language describing their security obligations. That is one possible result of this decision or any decision that seems to highlight liability risks. If there is more potential liability, everyone will want to shift it to someone else. Condominium boards should ensure, to the extent possible, that the entities responsible for providing security (or monitoring it) do their jobs and bear the responsibility if they fail to do so.

· Pay attention to this decision.  It doesn’t alter the “duty of care” obligations for condominium associations, but it does restate them – forcefully.  This isn’t a ‘house-on-fire’ message for boards and managers, but it is a message they shouldn’t ignore.

Pam is a partner in the Braintree firm of Marcus Errico Emmer & Brooks, PC, concentrating her practice in the representation of condominium and homeowner associations in Massachusetts. Pam handles all aspects of community association representation offering day-to-day general advice, including but not limited to document review, interpretation and drafting, lien enforcement matters, association loans and covenant, restrictions and rule enforcement matters.  Here email address is pjonah@meeb.com.