In Massachusetts, it is not unusual for public construction contracts to include Project Labor Agreement (“PLA”) provisions that mandate 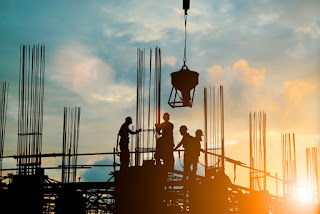 a successful bidder only hire union laborers and subcontractors. The purpose behind this is that union labor, though more expensive because of prevailing wage regulations, will agree not to strike or engage in work stoppages, thus ensuring public projects are completed within deadlines, which is important to cities or towns building new schools.

Recently, a group of non-union contractors, joined by their association, challenged the PLA requirements for a school building project in the Town of Braintree. These plaintiffs brought suit in the Superior Court seeking to force Braintree to open its bidding process to non-union shops. The Court, in a 15-page, well-reasoned analysis agreed with the plaintiffs and forced Braintree to open its bidding to any qualified contractor, whether staffed by union labor or not.

In Massachusetts, bidding for public projects is governed by M. G. L. c. 149, §§44A-44H, the Competitive Bidding Statutes. The purported goals of these statutes are to ensure transparency, make certain the awarding authority obtains the lowest price and establish transparency in the bidding procedure. In a 1999 decision, John T. Callahan & Sons, Inc. v. Malden, the SJC opined that while PLAs discourage competition, they may be beneficial based on the size, scope, timing and complexity of public projects. The Callahan decision provided a framework for using PLAs, requiring the agency putting out the bid to meet a two-part test. For a PLA to be upheld, the project must (1) be of such a size, duration, and complexity that the goals of competitive bidding cannot be achieved without the PLA, and (2) the record shows that the awarding authority followed a careful and reasoned process that concluded that a PLA furthered the statutory goals of transparency and cost.

In the Braintree case, the Superior Court analyzed whether the non-union plaintiffs could meet their burden to succeed in seeking preliminary injunction relief. The plaintiffs needed to show that they (1) had a likelihood of success on the merits, (2) would be irreparably harmed if the injunction did not issue, and (3) such harm outweighs any risk of harm to the opposing party.

The Court held that the non-union plaintiffs met this burden. First, the Court focused on whether the Town of Braintree’s use of the PLA satisfied the two-pronged Callahan test. It determined the town could not show the middle school project was of such a large scope, under a tight deadline, or so complex as to justify a PLA because the project was only one of six schools that were being built or renovated. In addition, the town had hired non-union contractors on some of the other school renovation projects. Finally, the Callahan decision stated that construction of a single school was not a high-caliber project that justified a PLA. The facts on the second prong of the Callahan test showed that there was no robust, reasoned, careful process outlining why a PLA furthered the statutory goals of transparency and cost. In fact, only three members of the Braintree committee argued in favor of the PLA (the mayor, the town solicitor and the committee vice-chair), and no debate or weighing the pros and cons of a PLA could be found on the record. The Court held that the plaintiffs met the first prong of the preliminary injunction standard and satisfied the Callahan test.

The Court then looked to the second and third prongs and held that if the PLA were to stand, the plaintiffs would be irreparably harmed because they would be blocked from bidding on the middle school project. The court held that the disadvantages facing nonunion contractors when bidding under a PLA standard in effect makes them unable to compete for the work.

With respect to the balance of harms, the record showed that if the injunction were to be granted the Town of Braintree would have to re-open the bids for the job. The Court determined there was still ample time for this process to commence and for the winning bidder to start and complete the work within the desired timelines.

The Court’s decision underscores that a town should not simply rely on PLAs to ensure union, prevailing wage labor is used. Reading between the lines, political pressure to secure union-only labor will not suffice if non-union bidders challenge the PLA.

An associate at Rudolph Friedmann LLP, George practices in the areas of real estate conveyancing and general litigation.  A REBA member since 2005, George represents buyers, sellers and lenders in residential real estate and has cultivated strong relationships with real estate professionals, lenders, builders and developers. In addition, George has an active litigation practice representing landlords in disputes with tenants, bringing actions or defending against claims in business disputes, and representing buyers and sellers of commercial enterprises such as restaurants, shops and professional offices. George can be contacted via email at ggeorgountzos@rflawyers.com.