Expiring Permits, Licenses and Other Approvals Issued Before or During the Covid Emergency: 462 Extra Days? 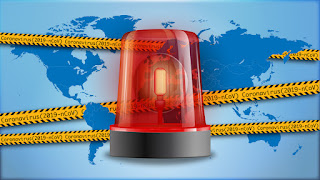 Soon after Governor Baker declared the State of Emergency in March of 2020 due to COVD-19, he issued two successive COVID-19 Orders related to deadlines for state environmental and
development approvals. Each of them tolled the expiration dates of state permits, determinations, and similar licenses for land development which were in effect as of March 10, 2020. They also extended the deadlines to record them if required, like under the Subdivision Control Act, the Wetlands Protection Act, and the Zoning Act.

This meant the ordinary pre-State-of-Emergency permit expiration and recording deadlines were extended. Interestingly, the Governor did not provide for similar extensions for permissions that were issued DURING the State of Emergency.

In June 2021, Governor Baker rescinded the State of Emergency. This ending triggered the expiration of a number of COVID-19 measures, some in statutes, executive orders, guidelines, and regulations, affecting environmental, land use, and real estate permits, licenses and other approvals.  This included the remaining of his two COVID-19 Orders related to state permitting authorities.

Las June, the Executive Office of Energy and Environmental Affairs (EOEEA) and the Executive Office of Housing and Economic Development (EOHED) issued joint guidance related to the calculation of state permit deadlines and expiration dates tolled during the State of Emergency and discussed in the Governor’s second COVID-19 Order.

For example, for a permit that was issued before and in effect as of March 10, 2020 which has an expiration date of July 1, 2021, the expiration date would be extended by 462 days (the number of days the State of Emergency was in effect).

Legislation enacted in 2020 during the Governor’s State of Emergency provided extensions for permits issued by conservation commissions, zoning boards of appeals, and planning boards similar to those under the Governor’s orders on state permits.  Because the wording in the Legislation is virtually identical to that in the Governor’s orders, many have applied the joint EOEEA and EOHED guidance to permits issued by these municipal boards which were in effect as of March 10, 2020.

This is the source of the legal interpretation that many municipal land use approvals, such as an order of condition issued by a conservation commission before March 10, 2020, are automatically extended 462 days beyond their ordinary expiration dates. Likewise, the deadline to record them. Note this is NOT a new expiration of 462 days beyond the end of the State of Emergency!

The Massachusetts Association of Municipal Conservation Professionals (MSMCP), many of whose members work for town and city conservation commissions is a great resource. MSMCP has issued a simple calculator to help determine the new expiration dates for tolled permits: www.tinyurl.com/MSMCPTollingTool (Google Document)

In summary, the COVID-19 tolling provisions, which extended the life of permits, licenses and other approvals 462 days, do not apply to permits that were issued AFTER March 10, 2020 and DURING the State of Emergency, just to BEFORE.  The Order does not state why this is the case, but it’s a fact of life. Note to real estate lawyers: flag your pre-March 10 permissions, check the stated expiration dates, and (in many cases) add 462 days. Revise your master calendars!

Nathaniel is a Partner of McGregor Legere & Stevens PC. Since being admitted to the Massachusetts Bar in 1996, he has handled a broad range of environmental and land use matters, from administrative law to litigation. He has helped clients with environmental issues including permitting, development, contamination, transactions, conservation, real estate restrictions, underground tanks, water supply, water pollution, subdivision control, tidelands licensing, Boston and state zoning, coastal and inland wetlands, stormwater, air pollution, and energy facility siting. Nathaniel can be contacted at nstevens@mcgregorlaw.com.