Last June Governor Baker lifted the State of Emergency he declared in March of 2020 in response to the COVID-19 pandemic. This State 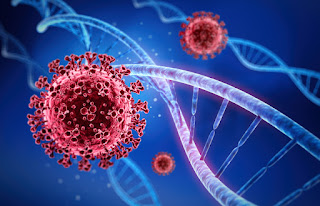 of Emergency is the basis for and the reference point for many orders, laws, policies, and provisions which gave local boards and commissions great flexibility in how they conducted business over the last year or so.

These measures gave municipal bodies the ability to hold meetings and public hearings virtually rather than in-person, and the authority to unilaterally extend deadlines to open a hearing on an application or even to issue a permit. Also, the expiration dates of permits were tolled, meaning postponed or put off.

Absent any new laws passed by the Legislature and approved by the Governor to preserve any of these measures which city and town boards enjoyed using over the past fourteen months, things will return to pre-pandemic operations and requirements very soon on June 15, 2021.

Open Meeting Law: Within days of declaring the State of Emergency, Governor Baker issued an “Order suspending Certain Provisions of the Open Meeting Law”, which, if certain conditions were met, relieved boards (and other public bodies) from having to hold meetings in a public place that is open and physically accessible to the public. Also, remote participation by all members of the public body, rather than just a few members, was allowed. Essentially, this Order permitted remote or virtual meetings and hearings, which have usually been conducted through Zoom and similar computer technology.

Unless Governor Baker rescinds this order earlier, it will no longer be in effect on June 15 when he terminates the State of Emergency. This will mean a return to in-person meetings and hearings, with remote participation being a limited and narrow option for one or two board members, but no option for a quorum of members. This means one or two members could participate remotely, but the not the whole body.

Permitting Procedure Timelines: Also in the spring of 2020, local boards were given additional tools and authority by Chapter 53 of the Acts of 2020, commonly known as the Municipal Relief Act, to adapt to continuing business during the pandemic. Many of those new powers previously were set to expire on, or within a certain number of days following the end of the State of Emergency, which, at that time, was unknown. Chapter 201 of the Acts of 2020, enacted last November, shortened the duration of such powers by sunsetting them instead on December 1, 2020 unless the municipal board obtained relief (i.e., an extension) for good cause from the Secretary of Housing and Economic Development (“DHCD Secretary”) for a particular matter.

These two Acts of 2020 gave local boards additional time to open a hearing on an application filed after March 10, 2020 and additional time to continue a hearing on an application for which a hearing had been opened prior to March 10, 2020. Also, as long as they notified the applicant, a board chair had the authority to unilaterally reschedule, more than once and without a quorum present, a pending matter to a date on or before December 1, 2020, unless they obtained permission for a later date from the DHCD Secretary.

The lifting of the Emergency Order will not alter the ability of a board to seek relief from deadlines from the DHCD Secretary, though as time passes, the need for this provision to be invoked seems less likely.

Permit Expiration and Recording: The Municipal Relief Act prevented any permit in effect as of March 10, 2020 from lapsing or expiring. The expiration date of the permit, or time periods for meeting permit conditions, was and remains tolled during the State of Emergency. This will end on June 15 with the lifting of the State of Emergency. This tolling, by the way, is not the wholesale extension of all permits that the Permit Extension Acts provided about a decade ago. Boards now, therefore, might expect a surge in permit extension requests.

Also, the Municipal Relief Act tolled the requirement to record a municipal permit to make it effective. The Municipal Relief Act suspends this requirement only for so long as the relevant Registry of Deeds was or is closed or subject to restrictions on public access. The termination of the State of Emergency on June 15 may force a Registry to open or remove restrictions on public access.

MassDEP: Kathy Baskin, Assistant Commissioner for the Bureau of Water Resources at MassDEP, recently advised that MassDEP staff likely will not return to their offices until November of this year, at the earliest, so local boards such as conservation commissions, as well as those filing applications with such boards, likely will, after June 15, still interact with MassDEP as they have been doing in recent months. This means continuing to mail as well as email copies of documents required to be provided to MassDEP, and to plan on additional time to reach MassDEP staff as most keep working remotely.

Unless the Legislature and Governor quickly approve pending legislation to preserve some of the powers on which municipal boards have relied since the beginning of the pandemic, the pre-pandemic procedures, laws, and regulations governing board meetings, permitting, and permits will kick back in place on June 15, 2021 with the expected lifting of the State of Emergency. Stay tuned.