In a 2009 Appeals Court decision, Paul Cornell lost his rights under a dimensional variance because he failed to “exercise” his variance 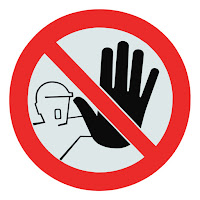 One of the relevant provisions of the Zoning Bylaw states that: “[a] Pre-existing Nonconforming Use or Structure which has not been used for a period of two years shall lose its protected status and be subject to all provisions of this Bylaw.” The Plaintiff/abutter appealed the issuance of the building permit to reconstruct the dwelling which was issued two years and two months after the storm.

The Court described the many uses that the property owners had made of their land “in ways that are consistent with a residential use even though the cottage was rendered uninhabitable by the March 2018 storm”, including the cottage remained on the lot; the property owner promptly pursued the many necessary permits required for the demolition and replacement of the cottage and the septic system; the owners secured the damaged cottage by erecting a fence around it; they constructed a shed and a make-shift deck on which they placed a grill and folding chairs which the Plaintiff acknowledged in deposition that she observed in 2018, 2019, and 2020; and they undertook regular seasonal clean up of the property.

Judge Smith concluded that the uses of the property were consistent with residential uses, notwithstanding that the dwelling was uninhabitable.  The Judge refused to require that the cottage be “habitable” to maintain it zoning protection whereas the zoning bylaw did not use the word “habitable”.  And unlike the decision in Cornell, Judge Smith stated: “Moreover, the extended period of time between the March 2018 storm and the issuance of the building permit in question was due, at least in part, to the vagaries of the local permitting process which required multiple permits from multiple local boards before reconstruction of the cottage could commence.” Ibid at 8.

Inasmuch as two years is a relatively short time period accomplish everything that has to be done these days to draw plans, obtain permits, and contract for the reconstruction of a building, it was nice to see the Court take a practical approach to the situation.

A former REBA president, Paul Alphen currently serves on the association’s executive committee and co-chairs the long-range planning committee.  He is also a member of the Executive Committee of the Abstract Club. He is a partner in the Westford firm of Alphen & Santos, P.C. and concentrates in residential and commercial real estate development, land use regulation, administrative law, real estate transactional practice and title examination. As entertaining as he finds the practice of law, Paul enjoys numerous hobbies, including messing around with his power boats and fulfilling his bucket list of visiting every Major League ballpark.  Paul can be contacted at palphen@alphensantos.com.