Superior Court weighs in on Question of First Impression under G.L. c. 183A § 8(f)

A summary judgment decision in a Suffolk Superior Court case, recently reduced to judgment, has addressed a question of first 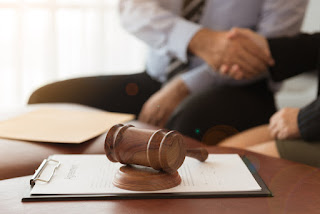 impression regarding the state of construction necessary to support the recording of plans showing the layout, location and dimension of the units for purposes of compliance with G.L. c. 183A § 8(f).

While the Trial Court’s decision does not constitute binding precedent, the significance of the decision cannot be overstated.

In the matter of The 1850 Condominium Trust v. Allied Residences, LLC, Suffolk Superior Court Civil Action No. 1884 CV 01594, the question presented was what, precisely, does G.L c.183A § 8(f) require in connection with the recording of the floor plans. The Defendant’s’ lawyers were confronted with a claim that the floor plans accompanying a phasing amendment were invalid under G.L. c. 183A § 8(f) because; (1) they omitted a verification, under oath, from a registered architect, professional engineer or land surveyor, and (2) the construction of the common area was not substantially complete at the time the phasing amendment was recorded.

The master deed shall be recorded in the registry of deeds or the land registration office where the real estate is located and shall contain the following particulars:

(f) A set of the floor plans of the building or buildings, showing the layout, location, unit numbers and dimensions of the units, stating the name of the building or that it has not a name, and bearing the verified statement of a registered architect, registered professional engineer, or registered land surveyor, certifying that the plans fully and accurately depict the layout, location, unit number and dimensions of the units as built.

While §8(f) refers to the master deed, it has long been recognized that such requirement applies to phasing amendments submitting additional units to condominium status.

In response to the claim that the subject plan lacked a verification under oath, the Defendant argued, in reliance on certain plan recording requirements of the registry of deeds, and G.L. c. 112 § 60F which controls an architect’s use of her seal, that the only verification required by G.L. c. 183A § 8(f) is the preparer’s signature and professional seal. In addition, the Defendant pointed out that the form of verification demanded by the Plaintiff was, in fact, missing from the floor plans recorded with the master deed, which plans the Plaintiff relied upon to sustain its very existence as a duly constituted condominium organization of unit owners. Confronted with the Defendant’s arguments, and no doubt recognizing that if its position in that regard were accepted the association would cease to exist, the Plaintiff disavowed such claims, and the claim was effectively dismissed.

In its summary judgment decision, the Trial Court rejected the Plaintiff’s claim that construction of the common area has to be substantially completed in order to record a plan compliant with G.L. c. 183A § 8(f). In connection with its decision, the Trial Court rejected each of the Plaintiff’s arguments addressing several with specific detail. The Trial Court did, however, acknowledge that there is no case that explicitly answered the questions presented, noting that cases addressing the issue had done so indirectly and inconsistently. In order to answer the question presented, the Court turned to ordinary principles of statutory interpretation concluding that the use of the term “as built” in Section 8(f) does not require “post-construction” plans, or a plan showing a building that is “substantially complete.” The Trial Court’s analysis is clear, concise, and self-explanatory and, for that reason, it is quoted at length herein below.

In its analysis the Court first observed as follows:

The Trial Court went on to find:

Second, Allied argues persuasively that, if the Legislature had meant construction to be “substantially complete” for purposes of Section 8(f), it would have said so explicitly, as it has in several other statutes. See G.L. c. 260, §2B (actions arising from improvements to real property must be brought no more than six years after “substantial completion of the improvement”); G.L. c. 254, §2A (requiring a notice of substantial completion in order to assert a mechanic’s lien); G.L. c. 30, §39G (requiring certification of “substantial completion” in public works projects); G.L. c. 149, §29F (same, for private construction projects). The Court should “not read into [Section 8(f)] a provision which the Legislature did not see fit to put there.” In re Adoption of Daisy, 460 Mass. 72, 76 (2011).

In refusing to accept the Plaintiff’s position on summary judgment the Trial Court also stated,

Conversely, the Trust’s contentions as to why Section 8(f) should be interpreted as requiring plans reflecting construction that is substantially complete are not persuasive.

The Trust primarily argues that interpreting Section 8(f) as not requiring a building to be substantially complete would permit a developer to “build a house of cards,” in order to meet phasing deadlines, “and then knock it all down,” thus rendering those deadlines, which are meant to protect the rights of unit owners, meaningless. However, as Allied points out, the recording of a Section 8(f) plan fixes the layout, location and dimensions of the units within the structure containing the units. The Trust does not point to any part of G.L. c. 183A, or anything else, from which a declarant would derive authority, after recording Section 8(f) plans, to change the location, layout and dimensions of the units as shown on the plans.

The Court found, in addition, as follows,

Moreover, as Allied also points out, once a building is submitted to condominium status, a declarant no longer owns or controls the common areas of the building (excepting any phasing rights that have been reserved) and therefore cannot “knock it all down.” The Trust’s concern is therefore speculative and cannot serve as a basis for interpreting Section 8(f) so strictly.

Additionally, the Trial Court considered and disagreed with the Plaintiff’s argument that § 8(f)’s reference to “as-built” requires post-construction plans, as follows:

The Trust also refers to certain industry publications which define “as built drawings” as drawings that show how a building has actually been constructed. However, these publications speak to how the term “as built” is defined generally, rather than how it is defined in Section 8(f), specifically. Moreover, these publications are inconsistent. As Allied points out, the Mass. Conveyancers’ Handbook, §17.5 (4th Ed), referring to condominiums specifically, states that a unit “need not be completed, or even substantially completed in the customary architect’s term” at the time it is submitted under G.L. c. 183A.

Finally, the Court held that the Plaintiff’s reliance on the Appeals Court decision in DiBiase Corp. v. Jacobowitz, 43 Mass. App. Ct. 361 was misplaced as DiBiase “does not answer the question of what stage of “being” an edifice must be in to enable the developer to submit as-built plan under § 8(f) other than to require that there be an edifice in being.

While the Trial Court’s decision does not constitute binding precedent, the significance of the decision cannot be overstated. Had the Plaintiff’s position been adopted, it would have called into question the title to virtually every unit added by phasing amendment in the Commonwealth as it would have become impossible for any buyer, conveyancer or title insurer to determine whether a recorded plan showing the layout, location and dimensions of the units as built was compliant with G.L. c. 183A § 8(f). In that regard, the owner of every unit in a phased condominium, and the industry in general, avoided a substantial adverse consequence in connection with the Trial Court’s decision to reject the position advanced by the Plaintiff in the case.

An associate in the Boston and Braintree based firm of Moriarty, Troyer and Malloy LLC, Ryan’s practice has included a focus on the general representation of condominium associations, including condominium document interpretation, drafting, enforcement, and collections. Ryan can be contacted by email at rseverance@lawmtm.com.