Not “Only Fair”: A Grant of Exclusive Use Cannot be Tied to an Increased Percentage Interest without the Consent of the Unit Owners.

A recent Massachusetts Appeals Court case offers a reminder for condominium trustees and property managers that, though a unit 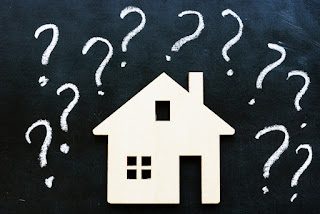 owner may be granted exclusive use of common area, the percentage interest of the unit may not be changed without the consent of unit owners and likely an amendment to the condominium documents.

Kevin McQuilly is the owner of Unit 42 in the Condominium, which in 1989, prior to his ownership, had been expanded during a roof replacement project that required alteration of Unit 42 by enclosing a portion of the unit’s roof deck. When the project was complete, 242 square feet of common area had been added to Unit 42, increasing the total square footage of the unit to 622.

In the original complaint, among other allegations, McQuilly and the other unit owner alleged the Trustees were incorrectly allocating the common area revenue and expenses, including those related to McQuilly’s Unit 42.

The Trustees filed counterclaims against McQuilly for declaratory judgment claiming that the Trustees had the right to charge McQuilly an additional common expense because Unit 42 had been expanded, and for unjust enrichment claiming McQuilly had been unjustly enriched by the expansion of Unit 42.

The parties filed cross-motions for summary judgment. The Superior Court allowed the motions for summary judgment on all counts except for the Trustees’ claim for declaratory judgment. The Superior Court judge then declared that McQuilly would have an exclusive easement for the 242 square feet of living space that had been added to Unit 42 and that the Trust could charge McQuilly an additional fee for common expenses, based upon the increased square footage of Unit 42. The Superior Court judge noted that this resolution was “not perfect, [but] as equitable and consistent a result as can be accomplished without wholesale disruption to the status quo.”

The plaintiff unit owners appealed, and the Appeals Court reviewed the case, affirmed the dismissal of most of the plaintiffs’ claims, and remanded the case to the Superior Court for review of the judgment related to the increased percentage interest calculated and charged by the Trustees.

The Appeals Court agreed with the Superior Court judge that McQuilly should be granted an exclusive easement for the 242 square feet that had been added to his Unit, but found no authority to support the Superior Court judge’s conclusion that the Trust was authorized to charge an additional common charge to McQuilly based on the additional square footage of his unit, stating:

Here, neither G. L. c. 183A, § 5, which governs interests in condominium common areas and facilities, nor the master deed or declaration of trust, authorized the trustees to reallocate a unit's percentage liability for common area expenses without the consent of all unit owners.

The Appeals Court noted that the Trustees had not amended the Master Deed or the Trust to provide for their “Corrected Percentage Factor,” which would have been required, noting:

The Court also noted that though G.L. c. 183, § 5(b)(2) authorizes a condominium trust to grant or designate exclusive use of common areas to unit owners, G.L. c. 183A, § 5(b)(2)(ii) clarifies that “the withdrawal of a portion of the common areas and facilities, all as provided for in this subsection, shall not be deemed to affect or alter the undivided interest of any unit owner.”

This is a common and reasonable question from trustees, property managers, and unit owners alike: When a unit owner is granted the exclusive use of common area, effectively expanding the square footage of the unit, isn’t it “only fair” that the unit owner’s percentage interest is increased, and they are subsequently charged a higher common charge?

The answer, as confirmed by the Appeals Court, is no.

The Court’s ruling is a reminder that trustees and property managers should discuss their plans related to the expansion of units, grants of exclusive use, and changes to the percentage interest of any unit with condominium counsel. Attempting to make changes or to begin billing unit owners common charges based on a percentage interest that is not confirmed by the condominium documents without the advice of counsel can lead to complex and costly problems in the future.

A condominium, once created, is run by a corporation, trust, or unincorporated association.... The members of the association are the unit owners.... The governing body of the association is the equivalent of the board of directors of a corporation, and the unit owners are the equivalent of shareholders. For that reason, in this context, we have interpreted rule 23.1 to require that the plaintiffs' complaint allege with particularity both (1) the efforts, if any, made to obtain the action [they] desire[d] from the trustees and why such demand failed or was not made and (2) that the plaintiffs made a demand on the remaining unit owners unless they too were interested or their number very large. (internal citations and quotation marks omitted).

A copy of the decision is available here.

A member of REBA’s Condominium Law & Practice Section, Ryan is an associate in the real estate department of Moriarty, Troyer & Malloy, LLC.    His practice has a focus on the general representation of condominium associations, including condominium document interpretation, drafting, enforcement, and collections. Ryan can be contacted at rserevance@lawmtm.com.