A Farewell to Libor

What could be more titillating in the middle of a gorgeous Boston summer than…yes…a review of recent developments relating to LIBOR. Most of our lender and borrower clients know that LIBOR 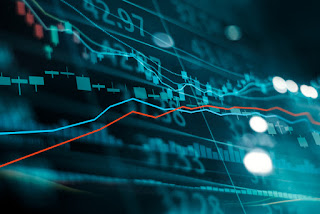 (the “London Inter-bank Offered Rate”) is a popular index underlying many variable rate credit facilities, including residential and commercial real estate mortgages and secured and unsecured business loans and lines of credit, similar to the prime rate and other published index rates.

For many years, LIBOR, as a reflection of the cost of money charged among those thought to know the most on the subject, was considered to be a stable index and an accurate reflection of the health of the financial system in major world markets.

LIBOR is essentially an interest rate average calculated daily based on the rates large, international banks based in London charge each other for short term inter-bank loans. LIBOR rates are published daily in five different currencies and for seven borrowing periods ranging from overnight to one year, and are typically aggregated with a margin for purposes of calculating the interest rate applicable from time to time under credit facilities indexed to LIBOR.

For many years, LIBOR, as a reflection of the cost of money charged among those thought to know the most on the subject, was considered to be a stable index and an accurate reflection of the health of the financial system in major world markets. In theory, when times are good and LIBOR reporting banks feel more confident about the health of the world’s financial system, those banks report a lower inter-bank lending rate; and when times worsen and confidence weakens, those banks report a higher inter-bank lending rate.

Either way, rates reported by LIBOR reporting banks for inter-bank loans are supposed to be the actual rates those banks charge each other, in order to provide an accurate reflection of the actual health of the financial system. Unfortunately, dating back at least two decades, certain LIBOR reporting banks began to manipulate LIBOR by fraudulently reporting hypothetical inter-bank lending rates, primarily to hedge against impending fears in derivatives markets. Although these banks were able to hide their often collusive activity for decades, by 2014 many of those banks operating in the United States had been prosecuted and held accountable for illegally manipulating LIBOR.

Although confidence in the integrity of LIBOR as a world interest rate benchmark subsequently diminished, many banks operating in the United States continued to rely upon LIBOR as an index of choice in pricing variable rate loans, inserting into their promissory notes fairly generic rate substitution language which would apply in the event LIBOR ceased to be published during the term of the loan. However, in late 2014, as concerns over LIBOR manipulation deepened, the Federal Reserve Board and the Federal Reserve Bank of New York (collectively, the “Fed”), announced the creation of the Alternative Rates Reference Committee (“ARRC”) to assess the continued integrity of LIBOR and a viable replacement index. Recently, ARRC recommended the discontinuation of LIBOR as a published rate index, and the Fed adopted that recommendation to become effective no later than the end of 2021.

The discontinuance of LIBOR will affect any loan in place at the time publication of LIBOR ceases. Unfortunately, the generic index substitution language that made its way into many existing promissory notes following early concerns over LIBOR’s continued viability are now considered to be inadequate for purposes of assuring an accurate and meaningful replacement of LIBOR as the index applicable to those loans. Accordingly, most banks are implementing procedures not only to modify documentation of new loans, but also to seek modification of existing loans, to include LIBOR replacement provisions consistent with the actual LIBOR substitution policies adopted by the Fed.

While the intention of any index substitution provision – either existing generic provisions or new provisions intended to reflect the Fed’s replacement policies – is to provide an applicable borrowing rate reasonably equivalent to the rate which would have resulted under the original index, any proposed index replacement – particularly one arising in connection with a requested loan modification – should be carefully reviewed by both lender and borrower. MTM is available to assist our lender and borrower clients with any proposed LIBOR rate substitution in an efficient and informed manner.

Dan is Of Counsel to Braintree and Boston based law firm of Moriarty, Troyer & Malloy LLC, representing buyers, sellers, investors, developers and lenders in the acquisition, financing, development, leasing and disposition of real estate across every asset class. Dan can be contacted by email at dcasey@lawmtm.com.