Solar Energy and the Potential Impact on Condominiums

With climate change at the forefront of many local and national discussions, some cities and states are 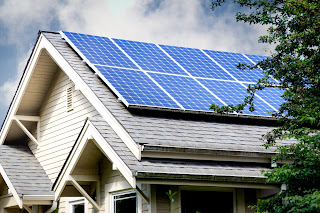 taking decisive actions in order to increase renewable energy capabilities. For example, effective in January 2017, all new buildings in the city of San Francisco with one to ten stories are required to have roof-mounted solar panels, also known as solar photovoltaic (PV) systems. Earlier this year, California became the first state in the US to require PV systems for all new residential buildings—including condominiums—that have fewer than four stories. It is possible that the California mandate, which will go into effect in 2020, could expand the solar market by contributing to the normalization of PV systems. This would not be surprising given the environmental benefits of using a renewable energy source, low maintenance costs, and financial incentives, such as reduced electricity bills and tax credits.

If buyers come to expect (and possibly even prefer) condos with solar power, older associations may feel pressure to consider installing PV systems in order to protect their property values in a competitive market.

While not necessarily one of the current leaders in renewable energy usage, Massachusetts certainly is doing better than some states. In fact, over the summer, a bill was passed by the Massachusetts Senate, but has yet to pass in the House, which would remove the state’s caps on net metering and set a 100% renewable energy mandate, among other things. Given the state’s apparent commitment to addressing climate change, it is conceivable that Massachusetts could pass a law similar to the California solar requirement in the near future.

If Massachusetts were to follow Californian’s lead and enact a solar mandate, new developments could have to absorb the added construction costs of PV system installation. Presumably, such costs could be passed along to buyers, but if solar power becomes the norm and not simply a novelty seen only in so-called “green buildings,” one must consider whether developers will actually see a return on their investment; PV systems could eventually become expected, particularly in smaller buildings, and therefore not something for which buyers are willing to pay a premium. To avoid the higher cost of a unit with solar power, some buyers may opt to purchase units in exempted condominiums, such as larger new construction buildings or existing condos that might be grandfathered in under a new mandate. On the other hand, the cost of PV systems has declined in recent years due to industry advances, so the cost to developers may become relatively minimal.

Even if a Massachusetts solar panel requirement were to apply only to new construction, such legislation also has the potential to impact existing condominiums. If buyers come to expect (and possibly even prefer) condos with solar power, older associations may feel pressure to consider installing PV systems in order to protect their property values in a competitive market. Additionally, even without a Massachusetts version of the California law, given the rise in the number of eco-conscious green buildings in and around the Greater Boston Area, some associations may find it beneficial to install environmentally friendly features like solar panels sooner rather than later.

However, installing a PV system in an existing condominium controlled by the association of unit owners is quite different from—and considerably more complicated than— doing so in a new build that is still under developer control. As such, below are some of the factors an association should address when considering whether to install solar panels:

1. Is the building’s roof suitable for solar panels?
- A PV system requires sunlight. Contact a solar contractor to conduct an onsite assessment to evaluate whether the position of your condominium’s roof receives enough sunlight for solar power.

- Determine the age and condition of the roof. PV systems often come with warranties lasting as long as 25 years. If the roof will need to be replaced before the PV system, it may be prudent to (a) consider replacing the roof prior to installing solar; (b) factor in the additional cost of eventual removal and reinstallation of the PV system; or (c) wait to install solar panels until it is possible to also replace the roof at the same time.

2. Are there technical challenges to installing a PV system?
- Often at no cost, a solar contractor can assess the feasibility of installing a PV system and identify potential technical barriers, including: (a) whether there is sufficient roof space and structural support for the system; (b) zoning requirements that could restrict a PV system; and (c) issues with connecting to the utility grid.

3. Is there sufficient trustee and unit owner support for a PV system?
- As an improvement under the Massachusetts Condominium Act, converting to a PV solar system will require a vote and association approval, as set forth in the condo’s governing documents, and M.G.L. c. 183A § 18.

- Before putting it to formal vote, somewhat early in the planning stages, it may be useful to communicate with members of the association to assess the level of interest in going solar. Share the information you already have and identify the information that will be obtained before a proposal will be submitted to the association.

4. What are the different models of PV systems?
- The association can purchase, install, and maintain its own, on-site solar power system.

- Another option is community-shared solar (also referred to as community solar, solar farms, or solar gardens). Community solar utilizes a large, off-site, solar farm to supply energy to multiple parties while reducing energy costs. It can be an option where shading and or structural issues render on-site PV solar impossible.

- Where the association lacks sufficient reserve funds, or it does not want to levy special assessments against unit owners, consider applying for a condominium association loan, including a solar-specific loan, which is available to condominiums.

- The condominium’s governing documents will set forth the required voting and approval procedures, which will depend on the type and scope of the project.

There are multiple factors for condominiums to consider when navigating the conversion to solar power, and this article barely scratches the surface. As a result, it is important that associations seek professional advice, particularly with regard to approval requirements, easements, and contracts with a solar contractor, lender, leasing company, and/or solar project developer.

Originally posted November 30, 2018 on tlawmtm.com: https://www.lawmtm.com/solar-panels-condominium-law.html
Janelle received her J.D. from Northeastern University School of Law where she was Editor-in-Chief of the Northeastern University Law Review and a teaching assistant for the property law and legal research and writing programs. During law school and prior to joining Moriarty Troyer & Malloy LLC, Janelle was a federal judicial intern for the Honorable Denise J. Casper, U.S. District Court, District of Massachusetts.

Should you have any questions regarding this article, please do not hesitate to contact Janelle Dempsey at 617-934-4550 or via email at jdempsey@lawmtm.com.