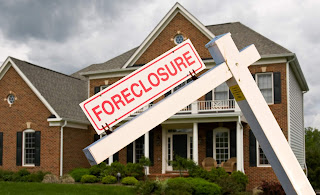 Redevelopment Authority d/b/a Boston Planning and Development Agency (“BPDA”), successfully defeated Motions to Dismiss filed by Boston Private Bank and Trust Company (“Boston Private”) and Janet Blake, Trustee of the 21 Warren Street Realty Trust (the “Trust”), in a recent case challenging the way a bank and a high bidder at a foreclosure auction colluded to terminate an affordable housing covenant on a handicap-accessible unit.

The handicap-accessible affordable housing unit was subject to a covenant restricting ownership to a qualified individual of moderate income.  The covenant also restricts the price any purchaser can pay for the unit to a below-market price set by a formula, referred to as the “Maximum Resale Price.” The covenant also required that the owner occupy the affordable unit as his or her principal residence.  The affordable housing covenant is eliminated by foreclosure if a bank acquires title to the unit.

In this case, after the death of the owner of the affordable unit, her mortgage went into arrears and Boston Private sought to foreclose.  At the time of the foreclosure, the Maximum Resale Price of the affordable unit was $210,000.00.  BPDA announced the maximum resale price and the requirements of the covenant at the foreclosure auction. There were forty-two (42) bids at the foreclosure auction.  A private developer, Mikhail Starikov, submitted the highest bid at $385,000  to acquire the affordable unit as an investment property, despite the announcement of the covenant restrictions. Thereafter, Mikhail Starikov assigned the high bid to his son, Fred Starikov. After further notification of the restrictions by BPDA, the high bidder defaulted and did not purchase the unit.  Thereafter, Boston Private took title to the unit and then sold it for the price submitted by the high bidder to a supposed third party, the Trust—a procedure intended to nullify the affordable housing covenant.

Boston Private and Blake sought to dismiss BPDA’s Complaint in its entirety, which was denied by the Business Litigation Session of the Suffolk Superior Court.  The Court held that as the party exercising the power of sale at the foreclosure auction, Boston Private owed BPDA a duty of good faith and reasonable care in executing its power of sale.  The Court explained, “[…] there is at least a plausible basis for the Court to conclude that Boston Private Bank’s foreclosure process was unlawfully tainted by the Bank’s decision to convey the Property to itself after the highest bidder defaulted, rather than giving the second highest bidder the opportunity to purchase the Property or selling the Property at another public auction.” The Court also allowed BPDA’s Motion to Amend its complaint to include claims for civil conspiracy and intentional interference with contractual relations against Mikhail and Fred Starikov based on the foregoing facts.

An associate with the Boston law firm of Englander & Chicoine, PC, Shannon Slaughter’s practice focuses resolving real estate and land use disputes, including real estate acquisition and complex title litigation, prescriptive easements and adverse possession claims, determination of ownership of tidelands, zoning and subdivision litigation, construction defects, fraudulent title and conveyances, and condominium disputes.  She can be reached by email at  sslaughter@ec-attorneys.com.