Post Cards from the Edge: Covid Emergency Orders, Separation of Powers, and the Appeal Period under the Zoning Act

Regardless of ideology, political affiliation, or any assessment of whether emergency orders and legislation in its wake have been good policy, the Covid-19 pandemic has stretched our existing legal 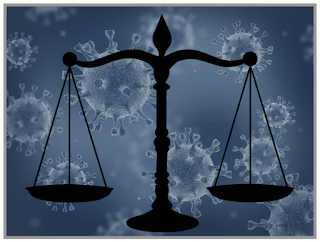 architecture; strained the rule of law and notions of separation of powers; and placed in broad relief the need to rethink and modify emergency powers to better fit the next phase of this crisis or the next crisis. When, in March 2020, Governor Baker issued an executive order purporting to allow Open Meeting proceedings to occur remotely, practitioners began asking and considering an obvious question: this is a great and perhaps completely necessary idea from a public health perspective, but can a governor, in effect, alter statutory text via executive order, without the Legislature’s blessing?

The Governor’s legal team, likely, shared the same concern, as the General Court moved extremely expeditiously at his petitioning, among others, to codify his March 12, 2020 Executive Order, in the enactment of H.B. 4598, which Baker signed into law on April 3, 2020. No harm, no foul, at least on the score of this potential legal overreach, since it lasted all of about three weeks. However, this was not the only example of well-entrenched and likely constitutionally-required respect for separation of powers being formally ignored, albeit for exceptionally good policy reasons, during the pandemic.

The Supreme Judicial Court, however, issued a series of emergency orders during the Covid-19 crisis, the most recent of which was entered on June 24, 2020, was effective as of July 1, 2020, and includes a provision that purports to toll “all deadlines set forth in statutes . . . that expired at any time from March 17, 2020, through June 30, 2020” to a date on or after June 30, 2020, based on a calculation formula. (Emphasis added.) On its face, this order seems to apply inter alia to G. L. c. 40A, § 17’s 20-day deadline, notionally supplying potential plaintiffs in zoning appeals with a period of time considerably in excess of the 20 days prescribed by the statute. This is unprecedented in MA land use practice, based on existing appellate law on this issue.

It is true that decisions, such as Konover, supra, show that “strict enforcement and strong policing” do not require “inflexible literalness”, i.e., some marginal exceptions to statutory requirements have been allowed. 32 Mass. App. Ct. at 323.  However, “[t]he key element of these decisions relaxing the rigors of strict compliance with the zoning appeal statute is that within the mandatory twenty-day period the clerk is actually notified that an appeal -- i.e., a complaint -- has in fact been timely filed.” Id. at 324-325 (footnote omitted). “The statutory purpose is then served, because ‘interested third parties [can] be forewarned [by the clerk] that the zoning status of the land is still in question.’” Id. at 325, quoting Carr v. Board of Appeals of Saugus, 361 Mass. 361, 363 (1972).

This rationale for loosening the standards would appear to be absent when considering, and inapplicable to, the Covid-19 crisis, even though there is a different, arguably even more powerful, policy rationale for such loosening under the SJC’s emergency orders, at present. That said, however, the emergency orders also reflect a loosening of standards beyond any prior point—no one has been permitted to file and give notice beyond the 20-day mark before, not even on the 21st day. See Planning Board of Falmouth v. Board of Appeals, 5 Mass. App. Ct. 324, 325, 328 (1977). But, at least based on present human memory, the courts have also never effectively been closed before (only emergency matters were being heard for a considerable period of time over the spring).

Equitable principles, asserted to extend the deadline, such as reliance upon faulty advice from a town clerk, have been rejected by the SJC, in this area of law, on this precise type of issue. See O’Blenes, 397 Mass. at 556-559. Equitable tolling, sparingly applied to statutes of limitation, which this deadline arguably is not, has never been applied in this context before. And, the number of decisions, in which the SJC has held and reasoned that, regardless of its own perceived policy preferences, it has no authority to graft more language upon, or alter, statutory text, are legion. Generally-speaking, it is the job of the Legislature to enact laws, and the courts to interpret them, not to amend or change statutory language, including extending statutory deadlines, even if there were exceedingly good policy reasons for doing so. But, again, the body that ultimately makes the rules and decides if MA law has been broken or violated, the SJC, apparently has ordered this deadline “tolled”. It speaks, and generally we must listen. Who are practitioners to appeal to, if the SJC has violated its own rules? On matters of MA State law, the SJC has the final word.

Having taken an informal poll of colleagues—names will be withheld to protect the innocent—the consensus appears to be that, yes, these orders appear to apply to the 20-day appeal period under the Zoning Act, and yes, this type of extension seems at a minimum to be unprecedent, if not violative of separation of powers, but what is a practitioner going do about it? For the reasons already stated, it would be an apparent fool’s errand to try to convince the SJC that it had acted ultra vires during an extreme public health emergency. Doctrinal purity must bend to practical exigencies. And, who wants to be that attorney—the one who complains about finite, though potentially illegal, extensions granted during a serious crisis? To avoid this type of conversation, quarrel and issue, practitioners appear to be advancing from the premise that, where possible, it would be preferable to continue to comply with the 20-day deadline, and only seek to take advantage of the emergency orders’ extensions, when/if Covid-19 truly, practically prevented an appeal and notice from being filed within the 20-day appeal period otherwise prescribed by the statute.

Regardless of how it should be practically approached, this matter of the interplay between the SJC’s emergency orders and the 20-day appeal period under the Zoning Act is a microcosm of what has been happening more broadly, throughout the country. Our rule of law is not particularly set up or suited to handle emergencies of the type that we have been enduring. Enactment of broader emergency powers can be scary and dangerous, because other polities have seen such powers abjectly abused. But, the present crisis demonstrates that it would be doctrinally cleaner, and perhaps better for the long-term health of the rule of law, for the legislative branches of Federal, State and local governments to grant executive and judicial branches the express latitude needed to meet emergency challenges, such as the Covid-19 pandemic, rather than force them to act arguably illegally. Norms, rules and separation of powers matter. They should be respected, lest they be set asunder.

Nick Shapiro is a shareholder at Phillips & Angley. Nick joined the firm as an associate in 2011. His focus and practice areas are concentrated on zoning, land use, real estate and telecommunications, counseling real estate developers, private land owners, neighbors and abutters, and institutional/corporate clients throughout the Commonwealth.  Nick is a member of the REBA Board of Directors and serves as co-chair of the Association’s Land Use and Zoning Section.  Nick’s email address is nshapiro@phillips-angley.com.