Luke Legere, Esq.
The Massachusetts Legislature has enacted a legal framework for municipal boards, including conservation commissions, to receive 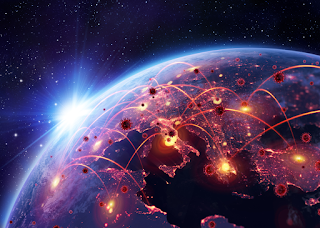 and process applications, conduct meetings and hearings, make and issue decisions, take enforcement actions, and otherwise function during the state of emergency declared by Governor Baker on March 10th.[1]

This is important to everyone with business of any nature before local, regional and state agencies, not just projects and permits, but also contracts, transactions and other public and private matters.
The legislation is Chapter 53 of the Acts of 2020, known as “An Act to Address Challenges Faced by Municipalities and State Authorities Resulting from Covid-19” (the “Act”).  It is intended to function in harmony with Governor Baker’s March 12, 2020 “Order Suspending Certain Provisions of the Open Meeting Law, G.L. c. 30A, § 20”.

Section 17 of the Act tolls (legalese for pauses) many of the timelines which would typically govern a commission’s hearing and decision process.  It generally provides that the “clock” for calculating such timelines stopped on March 10, and will resume 45 days after Governor Baker declares the state of emergency to be over. So, the clock is stopped, to resume later.

Let’s see how this affects, for instance, conservation commission business.  The state Wetlands Protection Act (“WPA”) requires that a hearing be opened within 21 days of receipt of a completed application, known as the Notice of Intent.

The Act relieves commissions of this obligation by providing that it “is suspended as of March 10, 2020” and “shall resume 45 days after the termination of the state of emergency, or by a date otherwise prescribed by law, whichever is later”. Section 17(b)(2).

The Act provides similar but not identical relief to commissions for hearings that had already begun before or on March 10.  Section 17(b)(vii) specifically says that:

By giving the commission longer to open a new hearing than to decide under a hearing already started, the Act essentially gives priority to projects which were already in the pipeline when the Governor issued his Emergency Order on March 10, over those filed after the Emergency Order went into effect.

While these automatic extensions of time and continuances of hearings are very important, it is equally important to note that the Act provides a framework for those commissions wishing to conduct business during the state of emergency.  It explicitly allows commissions to hold remote/virtual meetings and hearings, and issue decisions, with some leniency on compliance with the Open Meeting Law.[2]

We encourage local boards to use this legal authority continue with as much pending and new business as they are equipped and comfortable to handle under the circumstances. It is important to keep things moving along where possible and practical for all sorts of reasons. There is a new reason: to avoid a mammoth amount of work when the present emergency is lifted and suddenly all the meetings and hearings must be resumed and concluded, and all the backed-up decisions made and issued, within a relatively short time.

Specifically, Section 17(d) provides that a commission “during the state of emergency, may conduct meetings and public hearings remotely, consistent with the governor’s order entitled ‘Order Suspending Certain Provisions of the Open Meeting Law, G.L. c. 30A, § 20’.”  All other provisions of the Open Meeting Law and its regulations remain in effect.

Section 17(c) of the Act also allows commissions to amend or revoke permits previously issued “subject to applicable notice and hearing requirements”, with limitations to protect applicants who have not begun, or have suspended, work due to the state of emergency.[3]
If a commission does decide to conduct some scheduling during the state of emergency, it may do so without needing to hear and decided all matters pending before it as of March 10, 2020.  Section 17(b)(v) of the Act provides that:

notwithstanding the time periods by which a permit is to be either heard or acted upon, a permit granting authority may, by a declaration of its chair, which the chair is authorized to make irrespective of whether a quorum is present to vote on such matter, schedule or reschedule on 1 or more occasions the hearing or decision deadlines on a permit application provided no such date or deadline is rescheduled for more than 45 days after the termination of the state of emergency or after a date otherwise prescribed by law, whichever is later. The chair shall provide written notice of any applicable rescheduled dates or deadlines to the applicant at the applicant’s address, and to the general public by posting electronically on the website of the city or town clerk or the website of the county or regional entity.

In other words, a commission’s Chair is empowered to unilaterally (that is, with or without a quorum present) continue, schedule, or reschedule a hearing or deadline for decision on particular matters.

Note the process to use this authority: the new date or deadline may not be more than 45 days after the state of emergency ends; the Chair must give written notice to the applicant by mail; and the Chair must notify the public by posting notice electronically on the city clerk or town clerk’s website (or, for regional or county commissions, on the regional or county website, where applicable).

Finally, the Act specifically allows a commission to issue a decision on a pending application.  Section 17(e) states that “[n]othing in this section shall preclude or prohibit a permit granting authority from issuing decisions on permit applications for which duly held public hearings or meetings have been held.”

In summary, the Act allows a conservation commission to effectively cease its deliberations and decision making without violating the laws or risking appeals for inaction, first by suspending the obligation to open hearings for applications until 45 days after the termination of the state of emergency.

The Act also allows commissions to hold remote/virtual meetings and hearings, and issue decisions, while empowering the Chair to unilaterally continue, schedule or reschedule a hearing or deadline for decision on particular matters not more than 45 days after the state of emergency ends (so long as the Chair mails written notice to the applicant, and posts notice electronically).

Stay tuned for more legal developments on this front as there is more municipal and state agency relief legislation, gubernatorial executive orders, court orders, and agency regulations and guidance.

Luke Legere, Esq, is a member of REBA, active with its Environmental Law Section, and a partner at McGregor & Legere, PC, in Boston, where he handles environmental, land use, energy, real estate, and related permitting, transactions, enforcement, appeals, and litigation for industrial, commercial, governmental, non-profit, and individual clients.  Luke can be contacted at llegere@mcgregorlaw.com.


[1] This article addresses only the conduct of meetings and hearings under state law, although the Act addresses additional matters of importance to commissions.

[2] The Act also suspends the requirement for recording a commission’s decision at the Registry of Deeds or Land Court while they are closed or prohibit in-person access by the public during the state of emergency. Section 17(b)(vi).

[3] Section 17(c) also provides that “a permit holder shall be entitled to a further extension of reasonable length to exercise or otherwise commence work” under permit “at the discretion of the [commission] for good cause shown” and empowers the commission’s Chair to “grant such further extension irrespective of whether a quorum is present to vote on the matter.”