In a recent decision with far-reaching implications for owners of contaminated property, the U.S. Supreme Court has ruled that the 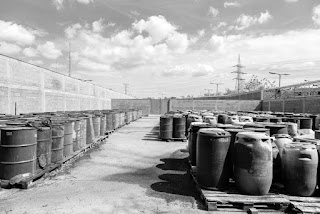 Comprehensive Environmental Response, Compensation and Liability Act (CERCLA, often referred to as the federal Superfund law) does not preclude claims under state laws for further cleanup of contaminated sites. That is, Superfund does not prevent state court jurisdiction.

In a split decision (7-2) dated April 20, 2020, the Supreme Court decided that CERCLA does not preclude claims in state courts seeking additional cleanup of Superfund sites beyond what the federal Environmental Protection Agency (EPA) has required, and/or damages or other relief under common-law torts like nuisance, trespass, and strict liability.

The case, cited as Atlantic Richfield, Co. v. Christian, et. al., Docket No. 17-1498, 590 U.S. ___ (April 20, 2020), involved arsenic and lead contamination of more than 300 square miles of land in Montana by a smelter operated by Atlantic Richfield Company (ARCO).  For 35 years, EPA worked with ARCO to clean up the site.
Specifically, the Supreme Court held that, although CERCLA §113(b) provides that “the United States district courts shall have exclusive original jurisdiction over all controversies arising under this chapter,” the landowners’ case against ARCO does not “arise under” CERCLA.  Because it arises under state law, jurisdiction in the state courts is appropriate.
Therefore, state law claims may go forward in state court against a responsible party under Superfund. The upshot is that owners of contaminated property liable under Superfund also may be liable under state common law principles for remediation beyond what EPA has required, provided that the plaintiffs obtain EPA approval for the extra remedial work.
In 2008, 98 landowners within the ARCO Superfund site sued in state court, under Montana law, seeking damages and other relief for trespass, nuisance and strict liability claims.  The plaintiffs’ proposed a restoration plan that went beyond the cleanup efforts being implemented by ARCO.
Montana law allows a landowner to seek “restoration damages” or a monetary award to be used to finance the landowner’s plan for remediating the contaminated property.

On review, the Supreme Court agreed that the Montana courts had jurisdiction to hear the state-law claims, but held that ARCO would be liable for the landowners’ remediation plan only if the landowners had obtained EPA approval to implement it. Because of the posture of this remedy, the Court left open an issue of whether Superfund preempts the type of state statute the plaintiffs were using for their claims.

Lawsuits over cleanups of contaminated sites – whether litigated under state or federal law – are typically complex matters in which parties spend great effort and expense to identify who is responsible, how much each responsible party must pay for remediation, and just how “clean” the site ultimately should be.

Prior to this decision, attorneys generally understood that state law claims could not be used to challenge cleanups overseen by EPA under CERCLA.  In addition, EPA settlements usually have set a limit on the responsible party’s liability under CERCLA.

Consequently, this Supreme Court ruling likely will lead to more – and more complicated – cleanup and cost recovery litigation.  It will encourage owners of properties within or near Superfund sites to sue under state law, in state courts, for additional or different remedial actions, monetary obligations, and natural resource damages where previously that was not seen as a viable option.

The Supreme Court’s decision also may encourage citizen groups, without ownership interest in affected properties, to sue in state courts to enforce state Superfund and other pollution laws.  In Massachusetts – as in about a dozen states – resident groups can sue alleged violators to enforce state environmental requirements, such as in M.G.L. c. 21E, using the so-called 10-citizen-suit statute. M.G.L. c. 214, §7A.

State courts have jurisdiction to entertain state-law claims involving Superfund sites that are under EPA’s purview, such as landowner claims for traditional legal wrongs, additional types of remedies, and even money damages related to a landowner’s own EPA-approved remediation plan.

Stay tuned to learn what such a new EPA approval process may look like, what discretionary authority EPA may have in weighing requests for additional state remediations, what new litigation the ARCO case prompts over this federal-state relation, and what the federal courts do with preemption issues the Supreme Court left open.