A recent decision by the Essex Superior Court reinforces just how difficult the law makes it for a disappointed “Retail Marijuana Establishment” (RME) applicant to challenge a municipality’s
denial of a Host Community Agreement (HCA). At the same time, the case provides insight into the process courts will use to evaluate 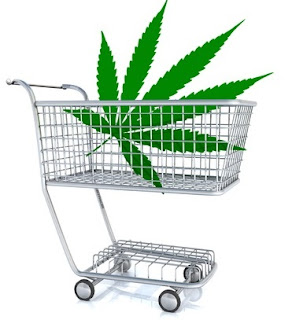 such challenges, and points to strategies for fashioning the strongest possible claim. The decision is important to future HCA applicants not as much for the upholding of the City’s decision, as it is for the process used by the Court in deciding the appeal, and tips for those seeking to challenge a municipality’s denial to enter an HCA.

The case arose when the mayor of  Salem decided not to enter an HCA with plaintiff Mederi, Inc.  Mederi challenged the City’s process alleging it was unfair, because successful applicants were those who “could best fill the City’s coffers, … agree to HCAs containing fees in excess of those allowed by the Act,” and engage in “backroom deals” with the City.  In a 29-page decision (Mederi, Inc. v. City of Salem, et al., Essex Superior Court CA No. 1877CV01878) on the parties’ cross-motions for judgment on the pleadings, the Court recognized the substantial discretion granted to municipalities concerning the issuance of HCAs to applicants and upheld the decision by the mayor.  The Court found that the issuance of HCAs is a discretionary action that could be challenged only on “the ‘arbitrary or capricious’ standard.”  This discretionary action could be overturned, the Court held, only if the decision is unreasonable and made willfully “without consideration and in disregard of facts and circumstances” (quoting Long v. Commissioner of Pub. Safety, 26 Mass. App. Ct. 61 65 (1988)).

Here, the City published guidelines listing the criteria and the minimum expectations for any HCA. The Review Committee evaluated each of the eight applicants based on these criteria, and issued written memoranda supporting its decisions.  The Court approved the City’s objectives of ensuring diversity of geography and neighborhood impact. It also held that the City’s decision to favor the most experienced and capable applicants—and those with sufficient financial assurances—provided a rational basis in its review of HCA applications.

While the Court’s upholding of the City’s action may have been predictable given the circumstances, the decision is important to disappointed HCA applicants nevertheless, because it provides a blueprint for any challenge to a municipality’s dealings with cannabis operators.  First and foremost, is the need to include in the administrative record every possible document to support the appeal.

In an administrative record review case like this one, the burden is on the disappointed HCA applicant to provide evidence necessary to show that it met the criteria for an HCA, and not just to attack successful applicants or the process in general. Without demonstrating the applicant’s entitlement to the HCA based on the established criteria, the Court must defer to the decision making of the mayor and Review Committee.

Even if Mederi’s charges that the successful applicants were those “who could best fill the City’s coffers” were true, the Court held they were not sufficient to find the Mayor’s discretionary decision was arbitrary or capricious. The Court found the Mayor had sufficient basis to limit the City to only four HCAs, with a “strong interest in ensuring the high quality of the entities with which they execute HCAs, and which, in turn, receive RME licenses from the CCC … and to effectively limit the number of RMEs that could operate in the same geographical area."

The take-away from the Mederi decision for disappointed applicants seeking to challenge a municipality’s denial of an HCA? Consider the following:

The Mederi case is not a death knell for all challenges to municipalities. In fact, recent events suggest the tide is turning against municipalities that are acting capriciously. A little more than a week ago, Massachusetts legislators moved a bill forward to place stricter requirements on “unrestrained and expensive” HCAs that have the effect of harming social equity applicants. Sponsored by Sonia Chang-Diaz (D. Jamaica Plain), the bill “specifies that no financial obligations of any kind are permissible beyond the maximum 3% of gross sales fee.” The bill also provides that municipalities could waive the HCA requirement altogether in response to complaints by some municipal officials that the process was burdensome and duplicative of already established processes for business permitting. Next, the bill must pass the House and Senate as well as obtaining the Governor’s signature.

A REBA officer and co-chair of both the association’s strategic communications committee and its Environmental Law Section, Julie Barry heads the environmental law practice at Prince Lobel Tye LLP. She has more than 20 years of experience in state and federal courts, including the Massachusetts Appeals Court, Superior Courts, Land Court and Probate Courts, and the U.S. District Court, and First Circuit Court of Appeals. She represents developers, commercial and residential property owners, businesses, and individuals.  Her email address is jbarry@princelobel.com.