TAKING A STAND[ING] AGAINST MURCHISON V. SHERBORN BOARD OF APPEALS

We are the authors of a recently-filed Amici Brief, on behalf of REBA and The Abstract Club, with the Supreme Judicial Court, 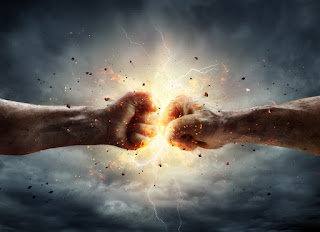 which has taken further appellate review of the Appeals Court’s decision in Murchison v. Sherborn Board of Appeals, 96 Mass. App. Ct. 158 (2019). REBA and the Abstract Club have decided to support the abrogation of the Appeals Court’s decision, because it would have the effect of conferring automatic standing on abutters in zoning appeals by merely claiming a violation of a dimensional regulation. The legal distinctions between standing to bring a claim, and the merits of the underlying claim would be abolished. So too would the distinction between the legal cognizability of a claimed injury, and the necessity of proving that the claimed harm is individualized and an injury in-fact (not a mere negative impact). If not corrected, these consequences will have a dramatically negative impact on the ability of homeowners and developers alike to improve and develop property throughout the Commonwealth. Below is a summary of our argument as set forth in the Amici Brief, highlighting the Appeals Court’s legal errors in the hope that the SJC abrogates the Appeals Court panel’s erroneous legal reasoning.

Plaintiffs cite several cases in support of the argument that density-based claims of harm can confer standing. This court does not take issue with the theoretical premise but the cases cited have significantly different factual contexts and largely present challenges to construction on undersized lots which have merged with adjacent lots in areas where ‘existing development is already more dense than the applicable zoning regulations allow.’ Dwyer v. Gallo (2008); see also, e.g., Mauri v. Zoning Bd. of Appeals of Newton (2013); Marhefka v. Zoning Bd. of Appeals of Sutton (2011). While the cases cited by Plaintiffs might allow, they certainly do not compel a ruling in this case that Plaintiff has established particularized harm to them by the proposed construction based on increased density. Based on Mr. Murchison's testimony, this court finds Plaintiffs simply do not want any construction on Lot 69F.

Murchison v. Novak, 26 LCR 278, 280-281 (Scheier, J.). Judge Scheier’s reasoning is sound and conforms to longstanding case law. Density based harms can be the basis for a claim of injury and, therefore, standing; however, the mere fact that an abutter plaintiff has identified a genre of injury that is cognizable under the Zoning Act or the local zoning bylaw or ordinance does not mean that a plaintiff has proven an individualized injury of this legally-recognized sort will flow from the local board’s decision.

On the plaintiff’s appeal, the Appeals Court got tangled in the admittedly difficult and dense web of standing case law under the Zoning Act. The Appeals Court’s first error was to conflate the distinct inquires of the plaintiffs’ claimed injury for standing, with that of the merits of the underlying zoning appeal. This flaw in reasoning is best demonstrated by the following passage:

There is no platonic ideal of overcrowding against which the plaintiffs' claim is to be measured. Although the distance between the houses might not amount to overcrowding in an urban area, absent some constitutional concern, which the defendants do not argue exists in this case, cities and towns are free to make legislative judgments about what level of density constitutes harm in various zoning districts and to codify those judgments in bylaws. It does not matter whether we, or a trial judge, or the defendants, or their counsel, would consider the district ‘overcrowded.’ What matters is what the town has determined.

Murchison, 96 Mass. App. Ct. at 164-165 (emphases added). This passage suggests, erroneously, that town meetings and city councils enact zoning for the purpose of defining abutter standing. That is simply not the case. Instead, they are making zoning determinations for the community as a whole, exercising the Police Powers. In certain instances, in which they create specially-protected interests, these local laws may provide a legal basis for cognizability, but they do not define whether an abutter has been harmed or not.

In some instances, practically speaking, it is true that if a municipality has adopted, for example, three-acre zoning as Sherborne has in Murchison, then this legislative choice may make it factually more difficult for an abutter-plaintiff to prove that he will be harmed by a local zoning decision. However, while it may have an impact on the likelihood that an abutter will suffer harm from a local zoning decision, municipal zoning does not, and cannot, define or provide the evidentiary basis for an injury-in-fact for the purposes of G. L. c. 40A, § 17. Rather, it governs the legality of local zoning decisions. To reach the opposite conclusion, the Appeals Court mistook the local law that controls the merits, as authoritative with respect to the question of injury, but an injury is an injury—it is an objective, factual inquiry, not a sliding scale from community to community.

The Appeals Court’s second error was that it, in essence, dispensed with the factual requirement of demonstrating an individualized injury-in-fact. This error is on display, in the following passage:

if the plaintiffs' arguments on the merits are correct, then the alleged bylaw violations would allow a house to be built closer to the plaintiffs' house than the density provisions of the bylaws permit. The plaintiffs have shown that they are across the street from the proposed development. The harm to a property owner from having a house across the street closer to his or her own than is permitted by the density-protective bylaws is different in kind from that suffered in an undifferentiated fashion by all the residents of the neighborhood. It is sufficiently particularized to support a claim of standing to challenge the alleged violation.

In addition, this reasoning is directly at odds with longstanding, binding density-based case law, which has uniformly required more than a claimed violation of density regulations in order to demonstrate aggrievement. See e.g. Sweenie v. A.L. Prime Energy (2008), (“[e]ven if the bylaw under which the planning board granted A.L. Prime's special permit created and defined a protected interest . . . this alone is not a sufficient basis on which to confer standing.”) (internal citations omitted). “The language of a bylaw cannot be sufficient in itself to confer standing: the creation of a protected interest (by statute, ordinance, bylaw, or otherwise) cannot be conflated with the additional, individualized requirements that establish standing. To conclude that a plaintiff can derive standing to challenge the issuance of a special permit from the language of a relevant bylaw, without more, eliminates the requirement that a plaintiff ‘plausibly demonstrate’ a cognizable interest in order to establish that he is ‘aggrieved.’” Id., quoting Standerwick v. Zoning Bd. of Appeals of Andover (2006).

The practical effects of the Appeals Court’s legal errors could be widespread and alarming. From our perspective, abutters will be able to stymie development with nothing more than the incantation of the word “density.”  Every zoning appeal by an abutter (which represents the vast majority of appeals) will have to be determined on the merits of the case, as a standing inquiry would be effectively resolved in the abutter’s favor, no matter how conjectural / speculative / hypothetical the alleged injury to the abutter may be. In cases in which the lawfulness of a permitted development’s density is at-issue, this means years of delay and tens of thousands to millions of dollars in additional costs, if not the death knells tolled for these projects. And please do not be lulled into the false idea that only large developers will suffer from this decision. Every property owner would be at risk. If you get a special permit to install an in-ground pool in your backyard, then that pesky neighbor, who always complains about the noise from your children playing in the backyard, will be just as able to run you through the litigation ringer, no matter how baseless the claim.

Beyond the foregoing, it is no secret that Massachusetts is in the middle of a housing crisis. Don’t take our word for it; the Home Builders and Remodelers Association of Massachusetts, Inc. (the “HBRAMA”), which also filed an Amicus Brief, provides the cold hard facts. “In the last decade, the commonwealth had the fourth lowest rate of housing production in the nation”. HBRAMA Amicus Brief, pg. 11. “No matter how many current homeowners put their houses on the market, there simply is not enough housing to meet demand, moderate prices, or close the affordability gap. Massachusetts needs new home construction of all types that individuals and families of all incomes can afford.” Id. “The Metropolitan Area Planning Council …, estimates that more than 400,000 new housing units will be needed by the year 2040 if the region is to keep growing its economic base.” Id. at pg. 12. Alarmingly, not only do we not presently have enough housing supply, but the rate of new home construction is down over the last 15 years. “In 2005, 25,549 residential building permits were issued in Massachusetts, of which 14,585 were for new single-family homes. In contrast, in 2018, 17,044 residential building permits were issued, of which a mere 7,169 were for single-family homes.” Id. at 13. If Murchison stands, then these long-term trends and the current housing crisis will only be exacerbated, and significantly so. REBA and the Abstract Club have requested that the SJC intercede, because, apart from having such dire practical effects, the Appeals Court’s decision also happens to run afoul of the standard for standing as previously articulated by the appellate courts in Massachusetts.

Abutters already enjoy a rebuttable presumption of standing under the Zoning Act. Hopefully, the SJC will decide that demonstrating a particularized injury in-fact is still required in the Commonwealth as well.

Robbie concentrates his practice on zoning, land use, and real estate litigation. Prior to joining the firm, he was a law clerk to Land Court Chief Justice Judith C. Cutler.  In 2019, he was honored with the REBA Emerging Leader Award.  Robbie can be contacted by email at rhopkins@phillips-angley.com.

Nick appears predominantly before the Massachusetts Land Court. However, in his time at Phillips & Angley, Nick has argued all manner of motions and appeals before every level of the Massachusetts judiciary, from the District Court to the Supreme Judicial Court. During his tenure at Phillips & Angley, he has argued eight appeals before the Massachusetts Appeals Court and the Supreme Judicial Court. In 2017, he was honored with the REBA Emerging Leader Award.  Nick’s email address is nshapiro@phillips-angley.com.