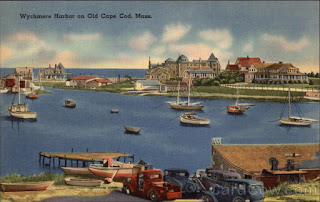 No permit is required under the federal Clean Water Act (CWA) for the discharge of pollutants to groundwater that is hydrologically connected to navigable waters of the United States.  That is the upshot of the federal District Court’s recent ruling in the case of Conservation Law Foundation, Inc. v. Longwood Venues & Destinations, Inc., et. al., Docket No. 18-11821-WGY (D. Mass. November 26, 2019).

Judge William G. Young accepted the Environmental Protection Agency’s (EPA) interpretation of the CWA as conferring no authority to regulate discharges to groundwater, regardless whether pollutants therein reach navigable waters of the United States.  This appears to be the first time a federal court has ruled on this question since the EPA issued its Interpretive Statement on Application of the Clean Water Act National Pollutant Discharge Elimination System Program to Releases of Pollutants from a Point Source to Groundwater, 84 Fed. Reg. 16,810 (April 23, 2019), which Judge Young determined to be a “permissible construction” of the statute.  The EPA’s policy statement will be codified at 40 C.F.R. pt. 122.

The facts are as follows. Defendants own and operate the Wychmere Beach Club, a seasonal resort complex on Cape Cod.  The club’s sewage is treated on-site, at a private wastewater treatment facility designed with a capacity of 40,000 gallons per day. The facility’s 22 leach pits sit within 100 and 500 feet of Wychmere Harbor and a narrow channel linking it to Nantucket Sound.  The defendants’ treated wastewater leaches from these pits to the groundwater, which flows toward the Harbor and channel.

The defendants had received an Individual Groundwater Discharge Permit from the Massachusetts Department of Environmental Protection (MassDEP) – and apparently routinely violated that permit’s condition limiting the concentration of Total Nitrogen in Defendants’ effluent to 10 milligrams per liter – but had no National Pollutant Discharge Elimination System (NPDES) permit from EPA.  MassDEP’s February 2016 Total Maximum Daily Load (TMDL) calculation for Wychmere Harbor reflected “excessive nitrogen” levels, with 2-3 percent of that nitrogen (0.066 kilograms per day) attributable to the club.

Plaintiff Conservation Law Foundation, Inc. (CLF) sued the defendants under the CWA’s citizen suit provision, alleging unauthorized discharge of pollutants (primarily nitrogen) to the waters of the United States, and failure to obtain a NPDES permit.  The defendants argued that their wastewater treatment facility and/or leach pits are not a “point source” under the CWA, and that discharges to groundwater are beyond the scope of the CWA, even if the pollutants discharged to groundwater ultimately reach navigable waters.

The district court rejected the defendants’ first argument, finding that the club’s leach pits are point sources under the CWA because they convey wastewater from the facility to groundwater, and the rate of nitrogen discharge “is measurable to a high degree of accuracy”.  These facts led the court to distinguish the wastewater treatment facility and/or its leach pits from other features – like landfill and settling ponds – previously determined by other courts not to qualify as point sources under the CWA.

The court awarded the defendants summary judgment on the second argument, however, following “EPA’s interpretation and hold[ing] that discharges into groundwater are categorically excluded from the CWA’s regulatory regime, irrespective of any hydrologically connection to navigable waters.”
In reaching this decision, Judge Young “afford[ed] Chevron deference to the agency’s interpretation” of the CWA due to the “apparent ambiguity in the statutory scheme as it relates to unpermitted discharges of pollutants into groundwater that is hydrologically connected to navigable waters.”  Readers may recognize Judge Young’s reference to the  U.S. Supreme Court case of Chevron U.S.A., Inc. v. Natural Res. Def. Council, Inc., (1984), which established that where a statute “is ambiguous on the precise question before the court, it is for the administering agency to supply a reasonable construction.”

The court began by finding that the CWA is ambiguous on the issue presented, pointing to the statute’s lack of any “limiting principle” (noting that CLF’s interpretation of the CWA could “menace … millions of homeowners with stiff penalties” and/or “criminal prosecution … for flushing their toilets without a federal permit”), structure and legislative history (which “persuasively show that Congress deliberately opted to leave groundwater protection to the states under the CWA”), and balance between federal and state regulatory authority in eliminating water pollution.

Judge Young then confirmed that Chevron governed the case before him, and that EPA’s Interpretative Statement was entitled to deference, because in his view Congress intended and would expect a reviewing court to defer to EPA’s interpretation of this aspect of the CWA.  He stressed that “EPA strongly suggests that it sees its [Interpretative Statement] as operating within Chevron … and may therefore override contrary judicial decisions in the Fourth and Ninth Circuits.”

Turning to the substance of the Interpretative Statement, the court determined that EPA had reasonably interpreted the CWA as leaving the regulation of discharges to groundwater to the states.  Where “EPA has apparently determined that navigable waters may adequately be protected without regulating any groundwater discharges under the CWA”, the “Court has no business second-guessing the agency’s professional assessment of on-the-ground environmental or regulatory needs.”

The court’s decision highlights the Circuit Court split on this question.  Specifically, the Fourth and Ninth Circuits have held that the CWA does require a permit for discharges of pollutants to groundwater that is hydrologically connected to navigable waters of the United States.  Meanwhile, the Sixth Circuit has ruled that the CWA does not require a permit for discharges that pass through non-point sources, including groundwater, before reaching navigable waters.

Stay tuned for the U.S. Supreme Court’s guidance on this issue of whether the CWA regulates point source discharges into groundwater that is hydrologically connected to navigable waters.  That is expected in a forthcoming decision on the case of County of Maui v. Hawaii Wildlife Fund, for which the Justices heard oral arguments in November 2019.

Luke Legere is a partner with McGregor & Legere, P.C. in Boston. Since joining the firm in 2005, he has helped clients with a broad range of environmental, land use, and real estate issues including coastal and inland wetlands and waterways, zoning, subdivision, development agreements, conservation restrictions, state and local enforcement actions, stormwater, solid waste, hazardous solid waste, air pollution, site remediation, regulatory takings, affordable housing, and energy facility siting. Luke can be contacted by email at llegere@mcgregorlaw.com.