ARE YOU READY FOR THE VIRTUAL NOTARY?

In recent years, the major concerns affecting Massachusetts mortgage transactions have been the abuses of sub-prime lending, 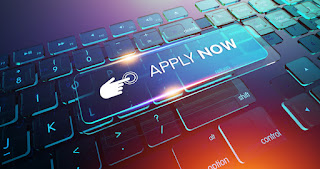 problems relating to foreclosure for both lenders and consumers, and widespread internet fraud leading to losses in the millions to consumers, lenders and attorneys. All of these affect the integrity of a dominant sector of the Massachusetts economy, the financing of home ownership. Since there never seems to be an end to the opportunities for things to go wrong, it is hard to justify practices such as Remote Online Notarization (“RON”) that further compromise the existing vulnerabilities of the system and provide new opportunities for fraud, mistake and confusion before the altar of convenience.

The question is, how far do we want to go to extend the “click to buy” mentality to mortgage financing?

Under Remote Online Notarization, a notary, qualified in another state, takes an acknowledgment by video conferencing or other electronic means from a borrower not then in their presence. An article in the July 30th ALTA Title News, dealing with the adoption of national standards for RON, made clear that the mortgage banking and title insurance industries have made its implementation a priority. If realized, a national lender could simply direct a Massachusetts borrower to a website, have them click “agree,” (much like downloading a new app on a cell phone), attach an electronic signature to a note and mortgage, and record the mortgage remotely under existing facilities for electronic recording. The borrowers would not be sitting in a bank branch or a lawyer’s office, but might be at their kitchen table between commercials at an NFL game. This would take place without anyone having seen the borrowers in person, or having had the opportunity to confirm their capacity, demeanor, understanding, identity or even existence.

The proposed Mortgage Industry Standards Maintenance Organization (MISMO) protocols might protect the lender and enable it to insure the loan, but what about the homeowner? As always, where large amounts of money are involved, even the best defenses have proved inadequate to deter inventive and determined criminals, and the internet has proven to be a fertile medium for wrongdoing. The object, which itself is questionable, is to make financing a home look and feel as easy as buying an electric can opener from Amazon, all without the intervention or participation of a lawyer, likely insulated from liability relating to the unauthorized practice of law, and not subject to ethical supervision by the BBO or otherwise accountable in any way whatsoever.
Under current Massachusetts law, consumers, lenders and the conveyancing industry have the benefit of laws that require that a mortgage be acknowledged, and that acknowledgment be taken with the borrower appearing in person before the notary “at a single time and place.” (M.G.L. c.222 §§1 and 15)

It is also a jurisdiction in which the SJC has ruled that “a lawyer is a necessary participant at the closing to direct the proper transfer of title and consideration, and to document the transaction, thereby protecting the private legal interests at stake, as well as the public interest in the continued integrity and reliability of the real property recording and registrations system.” (Real Estate Bar Assoc. v. National Real Estate Information Services, 946 N.E.2d 665 at 684).

The consequences of a failure to comply strictly with the legal requirements of Massachusetts law with regard to acknowledgements was the subject of the 2016 decision of the U.S. Bankruptcy Court for the Eastern District of Massachusetts in Degiacomo v. First Call Mortgage Company (Chapter 7 Case No. 14-10589-FJB). In that case, as later affirmed by the First Circuit, the court allowed the Trustee to avoid a mortgage because “a number of formalities must be observed in the execution of an acknowledgment” and “if these requirements are not met, ‘it is well established law that a defective acknowledged mortgage cannot be legally recorded, and, if recorded, the mortgage does not, as a matter of law, provide constructive notice to future purchasers . . . and may be avoided by the Trustee under 11 U.S.C. §544(a)(3).”

Although the 2016 amendment to the Notary Statute made some changes intended to validate improperly acknowledged mortgages, they left intact the requirement of section 16 (a) of Chapter 222, providing that “a Notary shall not perform a notarial act if: (i) the principal is not in the notary public’s presence at the time of notarization” or the definitional requirement of sec. 1 under which an acknowledgment is “a notarial act in which an individual, at a single time and place, appears in person before a notary public….” A violation of the statute is a criminal offense under section 18(a), allowing the court to impose fines and imprisonment, as well as injunctive relief. In addition, under subsection (c), a violation of the Notary Statute is “an unfair and deceptive trade practice” under Chapter 93A; and, under subsection (d), it shall not be a defense that the conduct occurred outside the Commonwealth. These are vitally important protections for the consumer.

Although perhaps an unintended consequence, RON will make it not only possible, but convenient and efficient, for a national lender (perhaps based in a state with more lenient consumer and banking laws) to eliminate from the system the one remaining factor that makes financing a home different than shopping on the internet.

Not only does online lending facilitate fraud and deceit by both borrowers and lenders, but, regardless of how and where the acknowledgement is taken, the closings facilitated by RON would violate the good funds law (M.G.L. c.183 §63B) which requires that no mortgage be recorded before good funds are in the hands of the closing attorney. This is one requirement that no remote lender can satisfy without using the services of a Massachusetts attorney with a Massachusetts IOLTA account; and if a Massachusetts attorney is involved, there is no need for RON.

A member of the Association’s board of directors and Co-chair of its Ethics Section, Henry Dane practices with the Concord firm of Dane, Brady & Haydon, LLP. His practice areas include real estate; zoning and permitting; civil litigation (primarily defense) and appeals; municipal law; criminal defense; medical employment law (advising and representing candidates for department chairs at medical schools); medical ethics and research integrity; non-profit and charitable corporations; and commercial lending. Henry can be contacted by email at hdane@danelaw.com.