Amendments to Condominium Bylaws Must Be Reasonable

Prior articles from this office have addressed the importance of the preparation and organization needed for a condominium trust or association to amend its condominium documents—i.e., the master 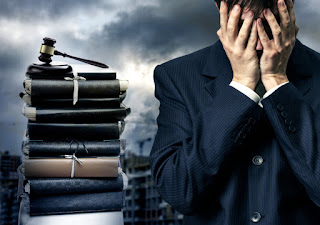 deed and declaration of trust (or the bylaws that typically are included in the declaration of trust). But what happens when a carefully crafted amendment is approved by the required vote of unit owners and then is challenged in court by a dissenting unit owner? Under Massachusetts law, it is not enough that the condominium board strictly follow the amendment procedures set forth in the condominium documents. To survive a court challenge, the amendment must also satisfy the standard imposed by the courts when an amendment is challenged. That standard is “equitable reasonableness.”

What does the term “equitable reasonableness” mean? The explanation from the courts does not give much guidance. According to the Massachusetts Supreme Judicial Court (borrowing the definition used by Florida courts), it means “[i]f a rule is reasonable the association can adopt it; if not, it cannot.” Noble v. Murphy, 34 Mass. App. Ct. 452, 457 (1993) (citation omitted). The Court further explained, again borrowing from Florida law, that amendments imposing restrictions on unit owners are reasonable only when they are “reasonably related to the promotion of the health, happiness and peace of mind of the unit owners.” Id. (citation omitted). Furthermore, the amendment is invalid if it “violate[s] a right guaranteed by any fundamental public policy or constitutional provision.” Board of Managers of Old Colony Village Condo v. Preu, 80 Mass. App. Ct. 728, 730 (2011). Presumably, a condominium board that proposes a bylaw or other amendment believes it to be reasonable. The key point, however, is that in a court challenge, the person who decides whether an amendment is reasonable is the judge.

But it was not a complete victory for the condominium board. The judge ruled in favor of the commercial unit owner and struck down certain provisions of the bylaws amendment, including a provision that gave the trustees sole discretion to charge the commercial unit owner for any increase in insurance premiums incurred by the trust in providing adequate insurance for the condominium. The judge suggested, however, it would be reasonable to adopt an amendment limiting such obligation to increased costs incurred by the trust as a direct consequence of the daycare facility use in the commercial unit.

When faced with the task of amending any of the governing documents of a condominium, it is critically important to follow the procedures as laid out in the documents. It is equally important to consider whether the proposed amendment will pass the reasonableness test if it is challenged in court. The analysis involves a broad spectrum of factors, and condominium boards considering an amendment are well advised to seek the advice of an attorney to learn more about whether the proposed amendment might survive such a challenge.

A copy of the court decision in JAH Realty LLC v. Trustees of The 25 Channel Center Condominium Trust may be found here at this link.

Associated with the Braintree firm of Moriarty, Troyer & Malloy, Thom Aylesworth has over twenty years of practice experience in Massachusetts and New Hampshire. He represents condominiums, corporations, and individuals in a wide range of matters with a primary focus on complex real estate litigation. His specific areas of practice include construction defects, condominium enforcement, zoning and land use litigation, beach rights, and other property disputes.  His email address is taylesworth@lawmtm.com
Posted by Bob at 11:55 AM