Can a Fence Establish Intent to Abandon an Easement?

By Johanna W. Schneider and Donna A. Mizrahi

How does the existence of a fence affect whether or not an easement has been abandoned?  The mere fact that a fence exists is 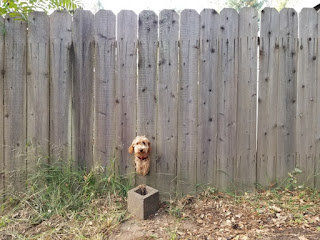 insufficient to prove abandonment.  Rather, specific evidence regarding the circumstances surrounding the erection of the fence –
including when the fence was erected and by whom – must be submitted to the court.  Ultimately, the inquiry turns on whether there was an intent to abandon the easement, and the party asserting abandonment bears the burden of proof on the issue.

The existence of a fence sometimes can tip the scale when the continued validity of an easement is at issue.  To determine if an easement has been abandoned, courts evaluate whether there was an intent to abandon that easement, based on the surrounding circumstances and the conduct of the parties.  Carlson v. Fontanella, 74 Mass. App. Ct. 155, 158 (2009).  Mere nonuse or ignorance of an easement are insufficient to demonstrate an intent to abandon; an affirmative act by the dominant estate owner (i.e., the easement holder) evidencing such intent is required.  Id.; Dubinsky v. Cama, 261 Mass. 47, 57 (1927).

When a dominant estate owner erects a fence that blocks its own access to the easement, courts typically will find this constitutes an affirmative act sufficient to show an intent to abandon the easement.  For example, in Lasell Coll. v. Leonard, 32 Mass. App. Ct. 383, 390-91 (1992), the Appeals Court held that the plaintiff had abandoned his easement and intended “never again to make use of the easement”, in large part because he had constructed a fence separating his property from the disputed portion of the way which, together with another fence constructed by defendants’ predecessors in title, blocked access from plaintiff’s property to the disputed easement area.

Note, however, that not all fences are created equally and the nature and quality of the fence in question may detract from an abandonment argument.  For example, in a 2008 Land Court case, Judge Scheier determined that installation of a wooden fence was insufficiently permanent to establish abandonment of an easement where the fence rails were easily removable and allowed passage through the fence, and the fence itself was entirely removable.  Thompson v. White, No. 06 MISC. 327234 (KFS), 2008 WL 352459, at *6 (Mass. Land Ct. Feb. 11, 2008).

Accordingly, when using a fence as evidence in an easement abandonment case, it is important to consider both the impact of the fence on use of the easement area and the type of fence that has been installed.

Where a servient estate owner blocks the easement making its use impossible, and the easement holder fails to object or protest the obstruction, courts also will infer an intent to abandon an easement.  Carlson, 74 Mass. App. Ct. at 158-59.  This is especially true when there was a failure to object combined with long-term nonuse of the easement.  In Sindler v. William M. Bailey Co., 348 Mass. 589, 593 (1965), the Supreme Judicial Court held that an easement was abandoned where a disputed easement area was on the other side of a brook, the bridge over the brook disappeared and was not replaced, the easement was not used for 35 years, and the dominant estate owner acquiesced to a high chain link fence being built around the disputed area.  Similarly, in Carlson, the Appeals Court held that an easement was abandoned where easement holders exclusively used different routes for ingress and egress, took no steps to remove a stone wall or stockade fence blocking access to the easement, and did not object to plaintiffs’ use of the easement area as a lawn or driveway.  Thus, long-term acquiescence by the easement holder to a fence on a servient estate that blocks access to the easement is material in making an abandonment argument.

Whether or not an easement has been abandoned – by erection of a fence or otherwise –
is a question of fact, determined on a case-by-case basis.  Lund v. Cox, 281 Mass. 484, 492 (1933).  The mere existence of a fence is insufficient to show an intent to abandon.  Rather, a party asserting abandonment has the burden of demonstrating that the party who constructed the fence intended to abandon the easement.  Proulx v. D’Urso, 60 Mass. App. Ct. 701, 704 n.2 (2004).

A party seeking to use the presence of a fence to prove abandonment must provide a court with specific facts regarding the circumstances of the fence’s construction.  The following questions will be particularly relevant to the court’s inquiry:

The existence of a fence on either a dominant or servient estate often signifies the easement holder intended to abandon the easement, assuming the party seeking abandonment can carry its burden to prove the circumstances related to the erection and maintenance of the fence.

Johanna W. Schneider is counsel at Hemenway & Barnes LLP. She advises clients on real estate development permitting and land use and environmental disputes. Johanna represents public and private clients in real estate disputes at all stages of litigation, including mediations and appeals. Johanna can be reached at jschneider@hembar.com.  Donna A. Mizrahi is a litigation associate at Hemenway & Barnes LLP, focusing on real estate and probate disputes, as well as guardianship and conservatorship matters.  Donna regularly handles easement, adverse possession, and other residential real estate disputes.  Donna can be contacted at dmizrahi@hembar.com.