The Commercial Tenant and The Notice of Lease—A Cautionary Tale

Imagine the following scenario. You are the principal of a growing business that has been operating in space within a suburban office 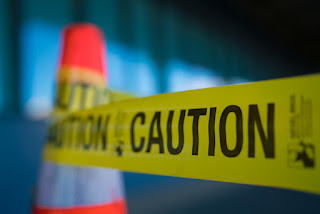 park somewhere in the 128 or 495 corridors, but are now ready to “move on up” to the big city and set up shop in Downtown Boston. It is the time of COVID-19, and you find yourself in a soft leasing market that is highly favorable to tenants. You end up landing your dream space within a nice building in a prime location. The landlord agrees to a generous tenant improvement allowance, and (the best part) also agrees to a rent rate that is 75 percent of the rental rates commanded for similar space in the same building just a year earlier. You lock into that favorable rent for an eight-year term, and in doing so gain certainty in your flagship location for years to come. The lease gets inked, the space is built out, your business moves in, and it continues to thrive. All is well.

"Any commercial tenant who signs a lease with a term longer than seven years should be sure to record a notice of lease."

Two years later, market circumstances have changed dramatically. Scientists have developed a vaccine for COVID-19; downtown business activity has returned to robust levels; and the market for Downtown Boston commercial leasing space has not only recovered but has gone into a white hot upcycle. Your landlord is now commanding rents in your building at rates 150 percent higher than the rates you locked into a couple years earlier. You have beautifully navigated the capricious Downtown Boston commercial leasing market, and are feeling like a genius. Then, out of the blue, you receive a letter from an attorney for some LLC that you have never heard of. The letter advises you that the LLC you have never heard of just purchased the building, and was somehow not aware that your lease was locked in for eight-years. The attorney advises you that the new landlord has declared your lease to be invalid, demands that you immediately vacate the premises, and punctuates that demand with a menacing warning that if you fail to vacate, they will pursue legal proceedings to have you removed. What just happened?

What happened is that your lease is longer than seven years, and you neglected to record a “notice” of that 7-plus year lease with the Suffolk County Registry of Deeds. Such failure has, indeed and tragically, given your new landlord the legal right to declare your lease invalid under Massachusetts law.

The law at issue is a Massachusetts statute, G.L. c. 183, §4, which provides that any “lease for more than seven years from the making thereof…shall not be valid” against anyone except that landlord who entered into the lease “or persons having actual notice of it”. Thus, a purchaser who acquires the property without actually knowing about a lease (or, even with knowledge of the lease, but without actual knowledge that the term of the lease is longer than seven years) is not bound by the lease, and can declare it to be invalid. The basic policy behind the statute it to protect bona fide purchasers who innocently purchase property without knowledge that it is encumbered by a long-term lease. Imagine a hypothetical developer who purchases property for a redevelopment project, and was led to believe that the existing building thereon was occupied only by a handful of at-will commercial tenants whose tenancies could be terminated on 30 days’ notice. One can understand the injustice suffered by that developer if, after paying the purchase price and taking over ownership of the property, it only then learns that there is a tenant on the property with a 10-year lease that would block the purchaser’s redevelopment plans. The purpose of the statute is to relieve the purchaser of this hardship, provided that the purchaser was truly innocent in buying the property without knowledge of the long-term lease.

Of course, our hypothetical Boston tenant was not aware that its landlord was even selling the building, and thus would have had no reason to think that it needed to advise the potential purchaser about its 7-plus year lease. How in the world could a tenant in that scenario have any control over disclosure of its lease to a purchaser of which it is unaware? Particularly where the consequences are so severe -- invalidation of its lease!

The answer to that question is that the tenant can record a simple “notice of lease” with the applicable land recording office for the county in which the property is located. For our hypothetical Boston tenant, the recording office would be the Suffolk County Registry of Deeds (or, if the land is registered, the Suffolk Registry District of the Massachusetts Land Court). By recording a notice of lease upon signing the lease (or shortly thereafter), the tenant puts all future potential purchasers of the property on constructive notice of the existence of the lease, and most importantly that the lease term is longer than seven years. If the notice of lease is on record in the public property records at the time that the future purchaser closes on the acquisition of the property, the purchaser cannot claim that it had no “notice” of the lease, or that the term thereof exceeded seven years. Even if the purchaser did not have actual notice of the lease, it still cannot claim to be an innocent victim, since it could have (with fairly minimal diligence), and should have, examined the public title records to the property. Such examination would have revealed the existence of the lease and of the lease term. Accordingly, if our hypothetical Boston tenant described at the beginning of the article would have recorded a notice of lease, the new LLC that purchased the building would have been on actual (or at least constructive) notice of the tenant’s lease, would therefore not have been an innocent purchaser without notice of the lease. That would have averted the tragedy—the new LLC would not have had the right to invalidate the below-market lease to free up the space for lease to a new tenant at the then higher market rents.

So, the lesson to be learned from this allegory is simple. Any commercial tenant who signs a lease with a term longer than seven years should be sure to record a notice of lease. This would apply both to leases having an initial term longer than seven years, and also to leases having a shorter term but contain tenant extension options that could extend the term beyond seven years. The notice of lease must be recorded with the registry of deeds (or registry district of the Land Court) for the county in which the premises is located, must contain mandatory information prescribed by the statute, and must further conform to the formatting and recording formalities of the particular recording office. Accordingly, it is highly advisable for the tenant to retain a qualified real estate lawyer to prepare and record the notice of lease in compliance with these legal requirements.

A past president of REBA. Tom Bhisitkul is a principal of the firm of Moriarty Troyer & Malloy LLC, chairs of its Commercial Real Estate Department. Tom has over 20 years of experience in representing Fortune 500 companies, national and local banks, retailers, shopping center owners, and investors in all facets of acquisition, development, operation and leasing of commercial real estate throughout the country.  Tom’s email address is tbhisitkul@lawmtm.com.