My Summer Reading Included A Story of a Family and a Century in Their Summer Home on The Cape.

“The definition of a proper Bostonian, it used to be said, was someone who lived on Beacon Hill and had an uncle in McLean” according to one the books I read on one of my summer 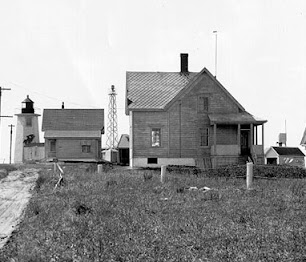 vacations: The Big House: A Century in the Life of an American Summer Home by George Howe Colt.

The book, as the title states, is the story of a big rambling wreck of a house on Wings Neck, in Bourne, owned and used by generations of relatives; starting with the author’s great grandfather who built the home when Cape Cod was mostly scrub pine. The author’s great grandfather generously shared the house with the ne’er-do-wells in the family. There was no shortage of Harvard educated hangers-on, none of whom appeared to own a hammer (or know how to use one). The author shares his family secrets (alcoholism and mental illnesses) and his own memories of spending summers in The Big House as the family prepares to sell it. As is often the case, subsequent generations did not have the will or the cash to maintain an expensive summer home. The on-line book reviews are blunt, as reviewers call the book dull, too long and uninteresting. One reviewer calls the whole Colt family “twits”.  Perhaps there was an overabundance of twits, whereas the extended family used the house all summer, every summer; but no one ever repaired the window sash ropes or broken burners on the stove, or apparently anything else in the Big House.

As other reviews have said, the book drags on with personal stories of the author’s first fishing trip, playing tennis against wealthy neighbors that owned real “tennis whites”, and weekend sailboat races in Herreshoff 12s  (a boat, the author claims, was first built at the urging of fellow Wing’s Neck neighbors). But I stuck with the book for two reasons: First, reading about the generations of Bostonians that returned to the Big House each summer was like watching a slow-motion train wreck, and it was hard to look away. Secondly, the book provides some historical insight into the origins of Cape Cod as a vacation destination. The author says “In 1849, the notion of voluntarily traveling to Cape Cod to see the ocean – without planning to fish, build a ship, go whaling, or scavenge a wreck – would not have occurred to anyone, except, perhaps [Henry David Thoreau]”. In the mid 1800’s, spending time at the sea shore was deemed to be medically therapeutic by wealthy city dwellers “longing to escape the oppressive heat, fetid air, and cholera- and yellow-fever-ridden congestion of the metropolis in summer.”

In 1872, the Old Colony Railroad completed a rail extension to Woods Hole, making it easier for Bostonians to get to the Cape.  According to a Falmouth newspaper in 1873 “Negotiations for the sale of real estate near the shore are going rapidly and parties are realizing good prices”. Soon thereafter, summer colonies were created along the coastline. “A Boston family put up seven large summer homes on an old cabbage patch and called it Wild Harbor. A group of Brockton speculators carved a nameless ox pasture into five hundred small lots and called it New Silver Beach.” Numerous names of the original resort communities remain, even if the original resorts are long gone.

As someone who has studied the real estate landscape on the Cape for 30 years, the book added a degree of perspective into the original development of the Cape as a resort community, and into the people who were the original developers. They were not all twits, and they laid the groundwork for the Cape as it is today:  hundreds of neighborhoods with their own histories and personalities; and people with their own love affairs with the peculiarities of each of those neighborhoods.

A former REBA president, Paul Alphen currently serves on the association’s executive committee and co-chairs the long-range planning committee.  He is also a member of the Executive Committee of the Abstract Club. He is a partner in the Westford firm of Alphen & Santos, P.C. and concentrates in residential and commercial real estate development, land use regulation, administrative law, real estate transactional practice and title examination .As entertaining as he finds the practice of law, Paul enjoys numerous hobbies, including messing around with his power boats and fulfilling his bucket list of visiting every Major League ballpark.  Paul can be contacted at palphen@alphensantos.com.