Demonstrating that the law in the area of pre-existing nonconforming uses continues to be refined, last August the 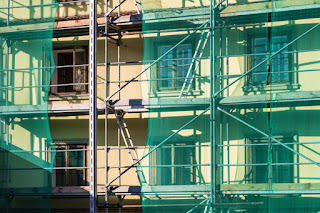 Appeals Court issued a decision in Comstock v. Zoning Board of Appeals of Gloucester, 98 Mass. App. Ct. 98 (2020), holding that property owners were entitled to summary judgment as they had received adequate zoning relief to raze and rebuild a dilapidated garage on their property. The case shows how a neighborly dispute concerning a small accessory structure can result in years of litigation and eventuate in a decision from the Appeals Court. It also reflects the importance of the nuances in each municipality’s zoning by-law.

One principal takeaway from the Comstock decision is that the law is continuing to be refined relative to preexisting nonconforming structures and the protections afforded to them.

Factual Background
The zoning dispute at issue in Comstock arose out of abutting parcels in Gloucester. The applicants, Robert and Pamela Irwin, sought to tear down a preexisting nonconforming garage that had fallen into a state of disrepair and construct a new garage in its place. The existing garage was nonconforming as the Irwins’ property was undersized, and the garage was set back only five feet (where 10 feet is required) from the property line it shared with the neighboring property, owned by Henry Comstock Jr. In its place, the Irwins proposed to construct a new garage on the same footprint, but at a greater height. The existing garage was 12 feet (compliant with the zoning by-law’s height requirements for structures accessory to single-family dwellings), and the Irwins were proposing to increase the height to 15 feet. In addition to the increase in height, the Irwins proposed to reorient the garage, such that the ridgeline of the roof would be parallel to the side property line so the garage could accommodate a garage door facing the street.

The Irwins applied to the Zoning Board of Appeals of Gloucester for two special permits: to modify the preexisting nonconforming garage, and to authorize an increase in height to 15 feet pursuant to a provision in the zoning by-law authorizing accessory buildings to exceed the 12 foot accessory structure height requirement upon receipt of such relief. Before the Board, three neighbors spoke in favor of the project (including Comstock who ultimately appealed), and there was no opposition. The Board granted the requested special permits and, out of an abundance of caution based on its reading of Deadrick v. Zoning Board of Appeals of Chatham (2014), also granted two variances to the Irwins. As is relevant here, the Deadrick decision stands for the proposition that, in granting relief for a preexisting nonconforming structure, a variance is required to authorize the introduction of a new nonconformity. In the interim between the public hearing and the deadline to take an appeal of the Board’s decision, a dispute apparently arose between the Irwins and Comstock, and Comstock appealed to the Superior Court.

Procedural Background
On appeal to the Superior Court, the Irwins moved for summary judgment on the basis that the special permit decision was sufficient to authorize the project, no variances were required, and that there was no basis to find the Board’s decision was arbitrary and capricious. The trial court denied the Irwins’ motion for summary judgment and, alternatively, granted summary judgment in favor of Comstock. Purporting to rely on Deadrick, the trial court judge ruled that the Irwins required additional relief – a variance to exceed the 12foot height requirement for structures ancillary to single-family dwellings. The Irwins appealed.

Appeals Court Decision
On appeal, the Appeals Court reversed the trial court’s decision and remanded the matter for judgment in favor of the Irwins. The Appeals Court noted that it was taking the opportunity to clarify its decision in Deadrick concerning the need to obtain a variance in connection with the creation of a new zoning nonconformity when alterations to preexisting nonconforming structures are proposed.

The Appeals Court first walked through the protections afforded to preexisting nonconforming structures pursuant to G.L. c. 40A, § 6 (an overview of which can be accessed using the link provided hereinabove). In connection with its analysis, the Appeals Court noted the importance of analyzing the zoning by-law of the subject municipality, as additional protections may be afforded than those provided in the Zoning Act generally. By way of example, in the Gloucester zoning by-law, certain preexisting nonconforming protections were extended to accessory structures, such that the Irwins were entitled to seek special permit relief in connection with their project. Absent such protections, the Irwins may have been required to comply with the current provisions of the zoning by-law, including those for setbacks.

Next, the Appeals Court addressed whether the Irwins needed to obtain a variance from the height requirements, as the trial court judge had held. The Appeals Court noted that key to its reasoning in cases concerning G.L. c. 40A, § 6 is placing all property owners in an equivalent position. That is, the mere fact a property contains a preexisting nonconforming structure does not mean that the property owner can wholly disregard present requirements of the zoning by-law; however, at the same time, those property owners should not be placed at a disadvantage than those who are entitled to develop their properties pursuant to the current provisions of the zoning by-law. Here, the applicable zoning by-law provided that property owners could exceed the 12-foot height limitation of accessory structures upon receipt of a special permit. In ruling that the Irwins were required to obtain a variance from the 12-foot height limitation due to the Appeals Court’s decision in Deadrick concerning the creation of new nonconformities in connection with modifications to a preexisting nonconforming structure, the trial court was treating owners of properties improved with preexisting nonconforming structures disparately from those without such structures – the former being subject to the rigorous proof requirements of a variance, and the latter being entitled to seek special permit relief entailing a higher degree of Board discretion. As the municipal zoning by-law contains a provision permitting a special permit to authorize construction at a height greater than 12 feet for accessory structures, the owners of properties containing preexisting nonconforming structures were entitled to apply for such special permit relief as well.

Takeaway
One principal takeaway from the Comstock decision is that the law is continuing to be refined relative to preexisting nonconforming structures and the protections afforded to them. There are still outstanding issues that have yet to be answered, and municipal boards, comprised of volunteer members, have a lot to grapple with in considering these matters. A second takeaway from Comstock is the importance of analyzing the specific provisions of the particular zoning by-law at issue. While the Zoning Act has statewide applicability, each municipal zoning by-law contains different provisions that may afford unique protections and permit development in circumstances that may not be permissible in other towns.

Kim Bielan is a principal of Moriarty Troyer & Malloy LLC and member of the litigation and zoning and land use departments. She represents a variety of clients, including condominium associations, developers, and individual homeowners. Her practice focuses primarily on real estate litigation, with an emphasis on zoning and land use matters. She also represents clients on a variety of real estate permitting matters and frequently appears before municipal boards to permit projects and to represent the interests of abutters and neighborhood groups. Kim’s email address is kbielan@lawmtm.com.