The seemingly dormant decision of the U.S. Bankruptcy Court in Edry v. R.I. Hospital Trust National Bank (201 B.R. 604 (BANK) D Mass. 1996) has been revitalized by the holding by the Appeals 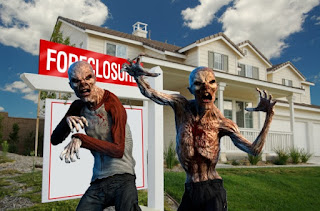 The obligation of the Mortgagee to obtain the highest price at a foreclosure sale was addressed in cases across the country in the 1980’s.  In the case of In RE Ruebeck (1985), Judge Lavien noted that the Bankruptcy Court would be satisfied so long as all due effort was made to obtain a fair price for the property.  The issues raised in this decision, including advertising in the real estate section of the Sunday paper, obtaining appraisals prior to the foreclosure and making certain that the mortgagor and other interested parties received notice of adjournments, became regular practice for the foreclosure bar.

In 1994, the United States Supreme Court Decision in BFP v. Resolution Trust Corp., held that the value of foreclosed property is dictated by the foreclosure sale itself, not the property’s fair market value.  Justice Scalia, writing for the majority, noted that “when its state’s judicially and legislatively crafted rules”, governing the foreclosure process are followed, it is “black letter law” that mere inadequacy the foreclosure sales price is no basis for setting the sale aside.  However, Justice Scalia’s discussion noted that “a state’s interest encompasses more than mere statutory requirements”.

In his opinion in Edry, Justice Quinan, unable to avoid the sale solely because the foreclosure price was only 45% of the fair market value, relied on other factors including:

-  the bank failed to respond to the debtors attempts to resolve the deficiency;

– the foreclosure sale was conducted by a paralegal;

– the bank made no effort to seek the debtors permission for potential bidders to inspect the inside of the home;

– the bank made no effort to determine the fair market value of the property; and most importantly;

In the above referenced case of Property Acquisition Group, LLC v. Kenneth Ivestor Third and another,  the Plaintiff, Property Acquisition Group, LLC, was the purchaser at a foreclosure sale.  The case was decided by the Massachusetts Appeals Court on appeal from an Essex Superior Court Decision allowing the mortgagees motion for summary judgment dismissing the mortgagor’s claim that the mortgagee failed to comply with its duty to exercise good faith and reasonable diligence, to protect the interest of the mortgagors.

The property consists of 4.57 acres of which approximately half is buildable, the remainder being wetland.  The property was improved with a single-family home.  The Investors contend that the property could be developed; however, any development would require the installation of a new road.

The Court, citing Edry, noted that it is the duty of the mortgagee to do what a reasonable person must do to achieve the highest price possible to protect the interest of the mortgagor.   In this case, where the property has potential for development, the mortgagee must consider that potential and share it with prospective bidders.  However, the Court held that the Investors do not have superior title to the purchaser because the action was commenced after the sale had been completed and the foreclosure deed had been recorded.  The Ivestors showed no evidence that the purchaser new or should have known of Fannie Mae’s alleged failure to exercise good faith and reasonable diligence.  Although the purchaser knew that the property had value above that bid at the sale, the purchaser is not responsible for knowing that Fannie Mae had failed to exercise and reasonable diligence.  The case was remanded to the Superior Court for the issue of damages.

What should we take away from this Decision?

First off, Ivestor, unlike Ruebeck and Edry, is not a Bankruptcy case and no claim was made to attack the foreclosure as a fraudulent transfer under state law.  Secondly, as the foreclosure was not held to be invalid, this case is concerning primarily for lenders and foreclosure attorneys.  It would seem clear that best practice would require obtaining an appraisal in many cases.  However, the facts here are so specific, that even an appraiser might have missed that the property should not be assessed as a single-family home, but as developable property.  Should there be concern with any single-family house which lies upon a lot that could possibly be subdivided?

There is no indication in the Decision as to whether the Plaintiff intends to develop the property.  However, in this case, the Plaintiff is an LLC and their Certificate of Organization notes that the character of the business is to acquire, sell, develop, manage and otherwise deal with and operate real estate of any kind. Notwithstanding this, the Court held that the purchaser at the foreclosure sale was a bona fide purchaser.

A former president of the association, Joel Stein concentrates his practice in real estate law with an emphasis on title examination, title insurance and foreclosure. He is a 2006 recipient of the Association’s highest honor, the Richard B. Johnson Award, and founding editor of the REBA Guide to the Massachusetts Registries of Deeds.  Joel can be contacted at jstein@steintitle.com.