Abolition of the “four unities” rule will be a priority of REBA’s Legislation Section this term.  Conveyancers and estate planners have long felt that the rule is unwieldy and too often frustrates the reasonable objectives of clients.  Based upon feudal common law for real property, in a joint tenancy 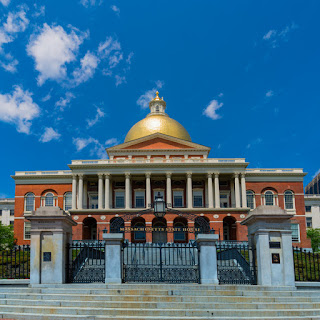 the “four unities” are unity of time, unity of title, unity of interest, and unity of possession.  The unity of time principle requires that each joint tenant receive his/her interest at the same time, i.e., upon delivery of the deed to the property. Unity of title exists because each joint tenant receives his/her title from the same grantor, and unity of interest means that each joint tenant owns an undivided interest in the property. Unity of possession exists because each joint tenant has the right of possession of every part of the whole property.  These rules, still largely in effect in Massachusetts, cause drafting problems in deeds, indeed frequently in the absence of competent legal advice.  Adherence to the technical distinctions required by the “four unities” often results in frustrating the central goal of a joint tenancy – which is to transfer title by survivorship, i.e. without the need to probate the estate of the deceased co-tenant.

The proposed bill addresses these and other issues as they have arisen under both the common law and existing statutes (M.G.L. c.184, §§ 7, 8).  Principal drafters of the legislation were Joel Stein, Gene Gurvits and Bob Moriarty.  The bill would place the plain intention of homeowners and others ahead of legalistic formulas and eliminate the expense and delay of probate proceedings.
A few examples of issues that the legislation would address are as follows:

A.        A mother wants to help her son buy his first house. She gives him the 20% down payment, he agrees to pay the mortgage on the rest, and they take title as joint tenants with the mother holding 20% interest in the property, and the son 80% interest. Under the existing law, the title is held by them as tenants in common, and her death results in probate of her estate.

B.        A father has title to the property.  He is conveying it to his daughter and her husband, but he wants to retain a portion of the ownership until he dies. The deed from him gives the property to himself, holding as joint tenants with the daughter and the son in law, as tenants by the entirety.  Under the current law, this arrangement results in the father holding his interest as tenant in common, and not in joint tenancy.  His death will necessitate the probate of his estate, with his interest possibly passing to his other children - a result that he did not contemplate.

C.        A single-sex couple takes title prior to single-sex marriage being legalized in Massachusetts.  Subsequent to the legalization, the couple conveys the property to themselves as tenants by the entirety.  This conveyance is not valid under existing law, leaving the couple not eligible for the benefits of holding title as tenants by the entirety.
Variations of these cases happen often, and the result is further legal expenses for homeowners and increased caseload for probate courts, in addition to legal results not intended by grantors and testators.

What the Legislation Will Do
The bill will simplify the drafting of real property instruments, including devises in a will, that create joint tenancies, tenancies in common and tenancies by the entirety.  It would abrogate the ancient common law “four unities” rule to:

-                 Allow for joint tenants to have unequal percentage interests in real property, just as has been the case for tenants in common

-                 Allow for the transfer or devise by property owners to themselves and others, in any form of tenancy, notwithstanding the “four unities” rule – and without the need for a straw

-                      Provide that a conveyance or devise to two or more natural persons as tenants in common, joint tenants or tenants by the entirety, or by a declaration of such a tenancy as provided in amended section 8, shall create the tenancy stated in the instrument or devise

-                 Allow for grantees to hold title in “combinations” of tenancies; e.g. husband and wife to hold title as tenants by the entirety together with another party as a joint tenant or tenant in common

-                 Establish that joint tenants and tenants in common who hold title by virtue of a deed, devise or declaration shall hold an equal percentage interest in the title, unless a contrary intent manifestly appears in the instrument of transfer, devise, or declaration

The legislation is sponsored by State Senator Cynthia S. Creem (D-Newton) and State Representative Paul F. Tucker (D-Salem). Entitled an Act to clarify the rights of joint owners of real property and abolish certain inconsistent or archaic rules, the bill will likely be before the Joint Committee on the Judiciary, where it will receive a public hearing.  No bill number has been assigned as of the date of this writing.  REBA members should contact the REBA office for updates.

Ed Smith has served as legislative counsel to the Association since 1987.  He can be contacted by email at ejs@ejsmithrelaw.com.