In three recent decisions, abutters or developers were able to prevail over municipalities. The cases are very different, but all involve MGL Chapter 40A.

In 2011, the town of Brookline adopted a “neighborhood conservation district” (“NCD”) bylaw designed to create local 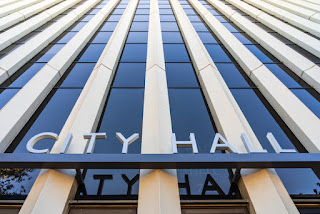 The first district established under the bylaw comprised solely the entire Brookline portion of the 70-acre property of plaintiff Hancock Village I, LLC, who ultimately filed an action in the Permit Session of the Land Court seeking to invalidate both the bylaw authorizing neighborhood conservation districts in the town, as well as the particular section of the bylaw creating the district encompassing the plaintiff's property. In Hancock Vill. I, LLC v. Town of Brookline, 2019 WL 4187764 (Mass. Land Ct. Sept. 4, 2019), the property owner asserted that the bylaw was not a proper exercise of Brookline's general police power, “as its subject matter falls squarely under the purview of G. L. c 40A and G. L. c. 40C, and must therefore have been enacted pursuant to the procedures provided in those statutes, and with the substantive protections and mechanisms required by those statutes.”

The Court agreed with the Plaintiff.  The bylaw attempted to regulate matters that are clearly within the scope of the Zoning Act. For example, a “Reviewable Project” was defined in the Bylaw as including “(i) a change to a building or other structure or part thereof such as removal, construction, reconstruction, restoration, renovation, replication, rehabilitation, addition, partial or total demolition and other similar activities, or the construction of a new building or other structure or part thereof ... (iii) addition or replacement of doors or windows ... (iv) a change to a site that includes constructing, placing, erecting, installing, enlarging, or moving a building or other structure or similar activities; (v) the removal or addition of streets, driveways, parking areas, walkways, or paved surfaces.”

The Bylaw further stated that “[t]he Commission may impose dimensional requirements that further the purposes of the by-law, including without limitation preventing Reviewable Projects inconsistent with the historic or architectural aspects, scale or massing, neighborhood or subdivision plan or layout, circulation patterns, or green space, open space, landscape, vegetation or viewshed character of the NCD.” The Bylaw also sought to regulate building size, height and massing, and required that projects “maintain the spatial organization of the district,” and further required that buildings shall not have a “significant negative impact on historical architectural or landscape elements ...”

The Court stated that “[a] municipality cannot utilize its general police power to enact a bylaw which is, at its essence, a zoning regulation, if it does not resort to G. L. c. 40A; doing so would frustrate the purpose and implementation of the statute. … As previously noted by this court, ‘[t]he reason for this is that zoning bylaws have different, stricter requirements for enactment than general bylaws. A zoning bylaw must be reviewed by the planning board in a public hearing and then reported on by the board, and, crucially, may only be enacted by a two-thirds vote of town meeting. General bylaws have no such requirements—they may be enacted by a majority vote.’” citing Valley Green Grow, Inc. v. Town of Charlton, 27 LCR 99,  at 105 (2019).

“Brookline impermissibly evaded these stricter requirements in a circumstance where they were necessary. Brookline's NCD Bylaw is, in its fundamental substance, a creature of zoning. It regulates subject matter falling within both the traditional definition of zoning as well as the existing purview of the Brookline Zoning Bylaw. Despite this, Brookline enacted the NCD Bylaw as a general town bylaw, and made no attempt to follow the particular procedures laid out in G. L. c. 40A. Accordingly, having failed to strictly comply with the requirements for enactment of a zoning bylaw, Section 5.10 of the Brookline General Bylaws is invalid, and of no force and effect.”

Justice Speicher also found that the NCD Bylaw constituted impermissible spot zoning by concluding that “[t]here is no doubt that Brookline's purpose in adopting the NCD Bylaw and the Hancock Village NCD Bylaw was the same purpose deemed invalid in Scherzer and National Amusements: to frustrate a single property owner's efforts to develop a particular use on its property”

In the case of McLean Hosp. Corp. v. Town of Lincoln, 483 Mass. 215, 131 N.E.3d 240 (2019), McLean Hospital, a non-profit institution, proposed to construct a facility in a residential neighborhood in Lincoln for conducting a residential program for adolescent males with extreme emotional dysregulation. Before McLean purchased the property, they smartly contacted the building commissioner and explained the proposed use and the commissioner agreed (in writing) that the proposed use was an educational use exempt from zoning under the Dover Amendment (MGL Chapter 40A Sec.3).  After the purchase of the property, a number of nearby residents challenged the decision pursuant to MGL Chapter 40A Sec 8 before the Zoning Board. The ZBA decided that the program was medical or therapeutic, not educational. McLean appealed to the Land Court, which determined that the program was not primarily for educational purposes. McLean appealed and the SJC took the case on direct appellate review.

Plaintiff’s counsel did an outstanding job in getting the SJC to understand and appreciate the various details of the proposed program. The Court, in an eleven page decision, described the particular educational aspects of the program. For example, the Court found that “the program teaches students to notice and identify their emotions, to slow down and consider alternatives rather than simply reacting, and to interact constructively with other people. It teaches fundamental behavioral skills so that the students, whose difficulties in emotional regulation interfere with an ability to learn in a more traditional setting, may acquire skills to respond more productively to the challenges that confront them in their day-to-day lives. The goal of the program is to enable the students to return to their communities and their families, to succeed in traditional educational programs, and to become able to lead productive lives.”

The Court explained that the term “educational” as historically used in the Dover Amendment,  is “broad and comprehensive” citing Regis College, 462 Mass. at 285, 968 N.E.2d 347, quoting Mount Hermon Boys' Sch. v. Gill, 145 Mass. 139, 146, 13 N.E. 354 (1887). “Over time, we have made clear that the protections of the Dover Amendment are not to be ‘limited only to those facilities closely analogous to traditional schools and colleges.’[citation omitted] ‘educational’  encompasses that which is ‘the process of developing and training the powers and capabilities of human beings.’ Mount Hermon Boys' Sch., supra. Thus, the Dover Amendment embraces fully “the idea that education is the process of preparing persons for activity and usefulness in life”

In conclusion the Court, agreed with McLean and stated that “[a] determination whether the land and structures at issue here would be used for a predominantly educational purpose also does not, and should not, turn on an assessment of the population it serves. Although ‘emotional or psychiatric programs may determine the character of the training furnished to residents of the proposed facility,’ they certainly do not mark the facility as ‘medical’ or render it any less educational.”

Finally, I especially enjoyed the drama the played out in Penn vs. Town of Barnstable, 96 Mass. App. Ct. 205, 133 N.E.3d 846 (2019). The Town of Barnstable (a city containing a potpourri of neighborhoods and businesses) in the village of Hyannis, is the departure point of the ferries running to Nantucket. I can testify that historically, there has been a shortage of parking spaces within walking distance for the numerous ferry trips. Consequently, a cottage industry developed. Nearby property owners created parking spaces all over their yards. I spent $10 a day to park on a lawn in November.

The legislative branch of Barnstable is its 13 member elected town council. In 2013 the town conducted a study of commercial parking lots in and around Hyannis Harbor. Shockingly, not all the parking lots had any form of zoning authorization. The town council proposed a zoning amendment to create the Hyannis Parking Overlay District (“HOPD”).  “The overarching purpose of the amendment was to authorize ‘as of right’ operation of commercial parking lots on land within the HPOD that ‘ha[d] some legal pre-existing nonconforming status or [were] licensed as of May 1, 2014 as an open air parking lot involving the temporary storage of vehicles.”

As required by MGL Chapter 40A Sec. 5, the planning board held a public hearing on the proposal (which voted four to one not to recommend) and on March 24, 2016, the town council took its own vote on the proposal, which on a seven to four vote, failed to pass for a lack of two-thirds support. Undaunted, the town council took the matter up again four (4) months later, notwithstanding the provisions of MGL Chapter 40A Sec 5 which state: “No proposed zoning ordinance or by-law which has been unfavorably acted upon by a city council or town meeting shall be considered by the city council or town meeting within two years after the date of such unfavorable action unless the adoption of such proposed ordinance or by-law is recommended in the final report of the planning board.”

Some minor modifications were made to the proposed bylaw, the planning board and the city council held a joint public hearing, and the planning board voted three to two to recommend approval, but the planning board failed to prepare a written report with recommendations (as required by the statute). The town council thought it was in the clear by first voting eleven to two that the new bylaw was “not a proposed zoning ordinance which has been previously acted upon unfavorably by the [t]own [c]ouncil”. A cynic might call that vote “somewhat self-serving.” Finally, the council adopted the slightly amended bylaw by a vote of eleven to two.

Owners of homes adjacent to some of the parking lots included in the HPOD, filed a complaint for declaratory relief in the Land Court challenging the town council's adoption of the bylaw, on numerous grounds, including that it was invalid for failure to comply with the procedural requirements of MGL Chapter 40A Sec. 5. Item No. 2016-166. The judge allowed the plaintiffs' motion for summary judgment, and ultimately the town appealed.

The Appeals Court opined that “[t]he purpose of the two-year bar is to give some measure of finality to unfavorable action taken by a municipal legislative body so that ‘members of the public shall be able to ascertain the legislative status of a proposed change at all times, and to rely on unfavorable action ... as a complete defeat of the proposal.’ Kitty v. Springfield, 343 Mass. 321, 326, 178 N.E.2d 580 (1961) (discussing predecessor statute).”

“In Kitty the Supreme Judicial Court construed the two-year bar to apply to ‘any new action of the same character’ as a previously defeated proposal.  While no reported decision has addressed what it means for proposals to be ‘of the same character’ for purposes of G. L. c. 40A, § 5, sixth par., we are guided by cases decided in two analogous contexts.” The Court discussed cases pertaining to notice requirements in municipal hearing settings, and cases pertaining to initiative petitions,  and found that in those situations the courts have construed such provisions to “bar any measure that ‘affirms or negates essentially the same provisions [as a previous measure], with little or no substantive difference.’”

Finally, the Court, using the analogous cases as guidance, concluded that the proposed bylaws shared “the same fundamental or essential character, with little substantive difference”, and concluded that the enactment of the bylaw was barred by the two-year prohibition contained in Section 5.

A former REBA president, Paul Alphen currently serves on the association’s executive committee and co-chairs the long-range planning committee.  He is also a member of the Executive Committee of the Abstract Club. He is a partner in the Westford firm of Alphen & Santos, P.C. and concentrates in residential and commercial real estate development, land use regulation, administrative law, real estate transactional practice and title examination .As entertaining as he finds the practice of law, Paul enjoys numerous hobbies, including messing around with his power boats and fulfilling his bucket list of visiting every Major League ballpark.  Paul can be contacted at palphen@alphensantos.com.