The U.S. Department of Labor announced on September 24, 2019 its final rule that will make over a million new American workers eligible for overtime pay for the first time in over 15 years.

The final rule focuses on updating the requirements for an 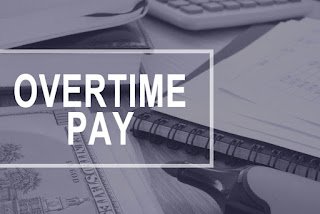 employee to be exempt from overtime pay under the FLSA for so-called “white-collar” employees a/k/a as EAP employees (i.e. executive, administrative, professional, outside sales, and computer employees).

Covered employers under the Federal Labor Standards Act (“FLSA”) are required to pay employees a minimum wage ($12.00 per hour as of January 1, 2019 in Massachusetts) and pay overtime premium pay at the rate of 1.5 times the regular rate of pay of the employee who works more than 40 hours in a workweek (defined as any 7 consecutive work days by the FLSA). In Massachusetts, the overtime minimum wage is $18.00 per hour and while Massachusetts overtime rules do not require overtime after 8 hours in a day, overtime pay does kick in after a non-exempt employee works more than 40 hours in a given work week.

The final rule focuses on updating the requirements for an employee to be exempt from overtime pay under the FLSA for so-called “white-collar” employees a/k/a as EAP employees (i.e. executive, administrative, professional, outside sales, and computer employees). As provided for in the executive summary of the final rule:

“Since 1940, the regulations implementing the exemption have generally required each of the following three tests to be met : (1) the employee must be paid a predetermined and fixed salary that is not subject to reduction because of variations in the quality or quantity of work performed (the “salary basis test”); (2) the amount of salary paid must meet a minimum specified amount (the “salary level test”); and (3) the employee’s job duties must primarily involve executive, administrative, or professional duties as defined by the regulations (the “duties test”) The Department of Labor … has long used the salary level test as a tool to help define the white collar exemption on the basis that employees paid less than the salary level are unlikely to be bona fide executive, administrative, or professional employees, and, conversely, that nearly all bona fide executive, administrative, and professional employees are paid at least that much. The salary level test provides certainty for employers and employees, as well as efficiency for government enforcement agencies. The salary level test’s usefulness, however, diminishes as the wages of employees entitled to overtime increase and inflation reduces the real value of the salary threshold.”

Executive Summary in the Final Rule

While the final rule does not change the “duties test”, it does level the playing field by increasing the salary level thresholds necessary under the “salary level test” so that employees who are protected by the FLSA’s minimum wage and overtime provisions are effectively distinguished from EAP employees exempted from such requirements due to the fact that inflation has reduced the real value of the wages of employees who should have been entitled to overtime wages over the past 15 years.

The final rule updates the earning thresholds necessary to exempt EAP employees by raising the standard weekly salary level from the currently enforced level of $455 per week to $684 per week (the equivalent to $35,568 per year for a full-year employee). This is a substantial increase from the current $23,660 annual salary that was last updated during the George W. Bush administration in 2004. The final rule further raises the total annual compensation requirement for “highly compensated employees” from the currently enforced level of $100,000 per year to $107,432 per year which equals the 80th percentile of earnings of full-time salaried workers nationally. Additionally, the final rule allows employers to now count nondiscretionary bonuses and incentives payments (including commissions) toward satisfying up to 10% of the standard salary level paid annually to the employee – a reflection of pay practices now becoming more common in the workplace.

It is estimated that after the final rule goes into effect in 2020 that over a million currently exempt employees will, without some intervening action by their employers, gain overtime eligibility and that approximately 2 million white collar workers who are currently nonexempt because they do not satisfy the EAP duties tests but satisfy the salary level test will have their overtime-eligible status strengthened in 2020.

The Department of Labor further identified its commitment to update the standard salary level and the “highly compensated employees” total compensation levels every 4 years so to avoid having another 15 years go by without taking inflation and rises in salary into consideration.

Co-chair of REBA’s legislation section, Doug Troyer is a founding member of the Boston and Braintree firm of Moriarty, Troyer & Malloy, LLC and focuses his practice on condominium and real estate litigation, real estate development and permitting, land use litigation and employment law. He has successfully tried numerous cases before state and federal courts at both the trial and appellate levels and has represented clients in a variety of administrative proceedings and private dispute resolution forums. Doug can be contacted at troyer@lawmtm.com.

If you have an employment related question you can e-mail Douglas at dtroyer@lawmtm.com.