The Massachusetts Supreme Judicial Court’s decision in City Electric Supply Co. v. Arch Insurance Co. SJC-12561 (3/29/19) clarifies whether a claimant seeking to enforce claims against a target mechanic’s lien bond must record a copy of its complaint in the registry of deeds pursuant to the 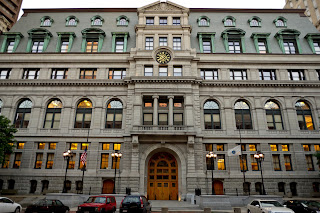 Plaintiff, City Electric then sought to enforce its claims against the target lien bond by timely filing an action in the Superior Court pursuant to the Massachusetts Mechanic’s Lien Statute, M.G.L. c. 254 §14. Although the plaintiff properly served its complaint on the defendant, the plaintiff did not record a copy of its complaint in the registry of deeds within thirty days of commencing the action. The defendant moved for summary judgment, arguing that the statute required the plaintiff to record an attested copy of its complaint to enforce its target lien bond claim in the registry of deeds within thirty days of filing the complaint and the plaintiff’s failure to comply with this provision of the lien statute was fatal to its claim.  A judge in the Superior Court agreed and allowed the defendant’s motion for summary judgment.  The Supreme Judicial Court granted the plaintiff’s petition for direct appellate review.

The Supreme Judicial Court vacated the order granting summary judgment, and held that a party seeking to enforce claims against a target lien bond pursuant to M.G.L. c. 254 § 14 is not required to record a copy of the complaint in the registry of deeds as a condition precedent to asserting a target lien bond claim. Although the Court recognized that § 14 of the statute must be read in conjunction with §5 which requires recording of a complaint in the context of a mechanic’s lien enforcement action, the Court refused to imply such a requirement in a case where a target lien bond has been posted.  In its decision, the Court noted that requiring a party to record a complaint to enforce a claim against a target lien bond “would not support the (statutory) goal of ensuring that a person searching the land records in a registry of deeds can determine with certainty whether or not title to a particular parcel of land is encumbered by a mechanic’s lien.”

The City Electric decision puts to rest any existing confusion as to whether in a target lien bond context, the party asserting the bond claim must pursuant to G.L. c.254, §5, record an attested copy of its complaint in the registry district where the real property in question is located to validate and pursue its bond claim.

Co-chair of REBA’s Construction Law Section, Hugh J. Gorman focuses his practice on construction law, creditors’ rights, and general business litigation.  As Chair of Prince Lobel’s construction law group, Hugh brings to the firm more than 25 years of experience working with general contractors, developers, owners, subcontractors, and suppliers who depend on his expertise and advice in all aspects of private and public construction law and claims. Hugh can be contacted by email at  hgorman@princelobel.com.